Sometimes, I do really dumb stuff.

Let me set up the scenario for you:  Jolene and I had only been dating for a matter of months.  Her father, who I hadn’t met and had only spoken to on the phone, had invited us to Vail, Colorado to go skiing with he and some of her other family members.  Jolene had done this many times in her life.  I was not only relatively new to her side of the family, but had never been to Vail before.  We arrived, got settled in, her dad and I got more acquainted, and then it was off to the grocery store and a subsequent night of cooking and family fun.

The following day, we got up early and walked around the city.  While I got fitted for boots and skis rentals, her dad grabbed our lift tickets, and soon enough, we were swishing our way around the slopes.  It was beautiful.  I’d seen the Rocky Mountains from planes before, and driven over them once or twice on a trip, but had never been on them before.  Over the days that we were there, I snapped many photos because the views, like this one, were pretty incredible:

After a full day of skiing, we had a nice dinner and took advantage of the hot tub at the place we were staying.  That was the first time I ever sat in a jacuzzi while it was snowing.  I must say, that’s a somewhat surreal and quite pleasant thing to do.  We were pretty tired and after reviewing some photos from the day, headed to bed.  Here’s one of Jolene being a bad ass on her snowboard: 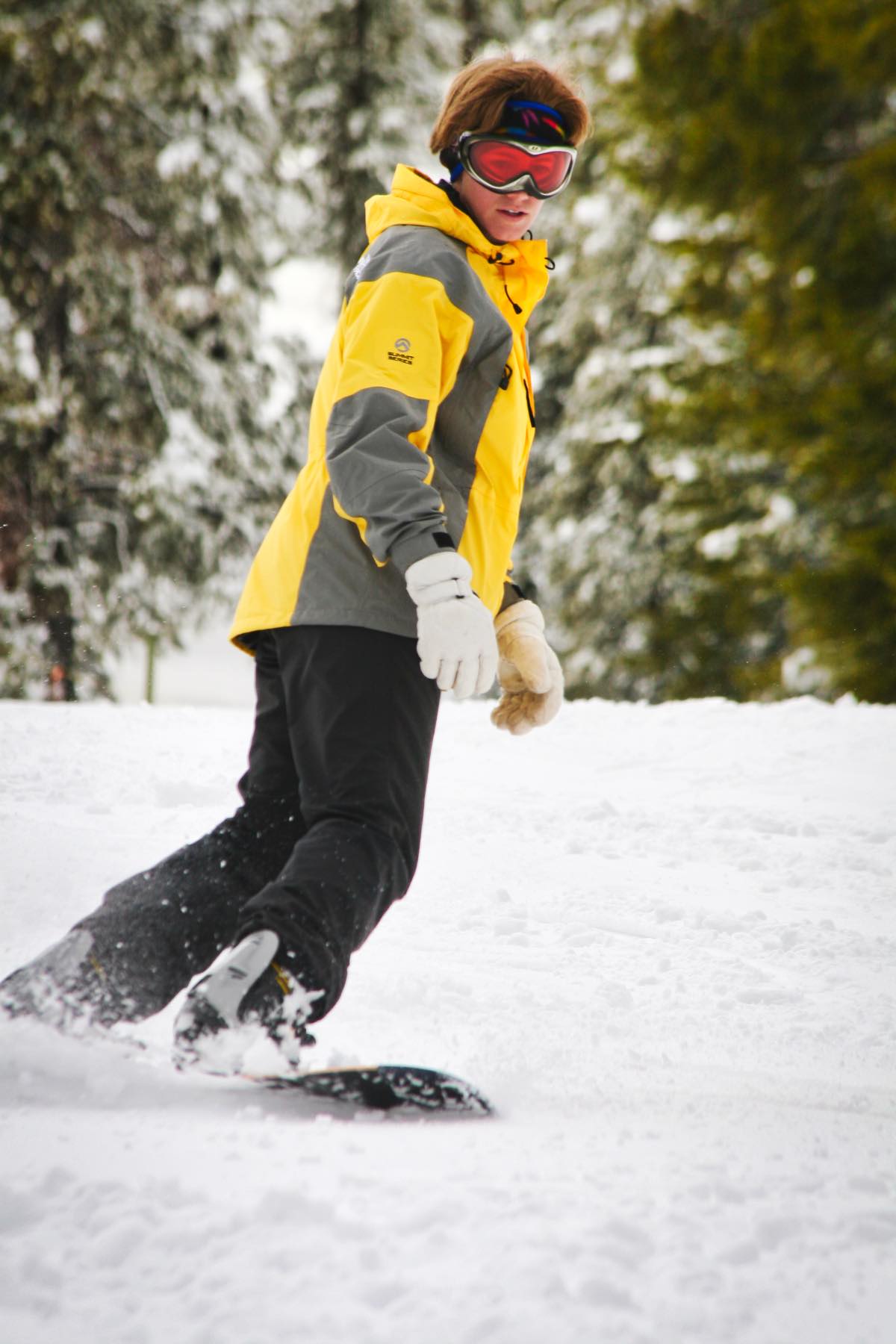 Jolene on her snowboard

I was so grateful that her Dad and Uncle had not only graciously put us up for such a wonderful experience, but also that they were paying for all the food.  I wanted to do something nice to say thank you.  I didn’t tell Jolene, but I had decided the next morning that I was going to buy everyone’s lift tickets for the day as a gift.  While she and her brother made breakfast, her Dad said he was going to go grab them, and I knew this way my chance.  “I’ll go with you,” I said with a smile.  He was only too happy to have some company.  This was also another chance to get to know her Dad better.

We walked around Vail for a bit and leisurely made our way towards the ticketing area.  If you haven’t been to Vail, it’s a very nice city, filled with resorts, shopping and restaurants, much like you image it to be.  I kept thinking I was walking around a cozy European ski town like the one in the James Bond movie, “For Your Eyes Only.”

Along the way, as we got closer, I said, “Sir, your family has been so gracious, I’d like to buy the lift tickets for everyone today to say thank you.”

He seemed pleasantly surprised, but said, “Oh, you don’t have to do that, Daniel.  It’s truly our pleasure.”

He thought it for a minute, and said, “Are you sure?  Those lift tickets aren’t cheap.”

I’d been skiing in New York and Ohio a few times.  I knew those tickets were ten or fifteen dollars each, and this was Vail, so I figured even if they were a little more… maybe twenty or thirty dollars each, there were only four of us I’d be paying for, so no problem.

We eventually made it to the ticketing area and there was a bit of a line, so we continued chatting.  Looking back, I can only imagine that what followed must have been incredibly hilarious for her dad.  As we got closer to the counter, I caught a glimpse of the price list and as much as I tried to maintain my cool, I think all of the blood rushed out of my face, and I about fainted.

The tickets were a hundred dollars a piece.  And I had to buy four of them.

I was a struggling artist at the time and didn’t have a savings.  Four hundred dollars was a whole lot of thank you gesture, and as I stood there, feeling like I had been kicked in the stomach, my mouth dry, and hoping I’d brought my credit card with me, because I most definitely didn’t have that much cash on hand, her dad, who must have seen the look on my face, bless his heart, tried to rescue me.

“Why don’t I pay for me and her brother, and you can take care of you and Jo?” he said kindly.

A rational person would have said, “That’s so nice of you.  I didn’t realize they were so expensive!  Thank you… that would be great.”  But I’m an idiot.

Much like a “Wonder Years” episode, I freaked out on the inside.  My inner dialogue went something like this:

“Holy sh*t!  FOUR HUNDRED DOLLARS?! How am I going to afford this?!  Oh my God!  Do you know how long this is going to take me to pay off?!  I’m going to have to get a job in a brothel!  I mean that’s half the rent!  DUDE, DUDE, DUDE…  Don’t let him see you freaking out!  CALM DOWN!  You CANNOT back out now.  You’ll just tell Jolene what happened and… WHAT AM I SAYING?!  I can’t TELL Jolene!  She’ll know I’m an idiot!  He’s looking at you… he’s smiling.  SH*T!  He’s smiling.  He knows.  He can SMELL the poverty on me.  He knows I only have like thirty bucks in my savings account and he’s waiting to see what I do and I can’t let him help me because I’ll seem like a stupid person who can’t even afford to live, let alone be a good partner to his amazing daughter.  Oh God, that’s what he’s thinking right now… he’s thinking I’m a schmuck and not good enough for Jolene.  Okay, okay… smile.  That’s it.  Smile.  Now… be nonchalant.  What would a rich person say?  That’s it… use your words.  And here we go…”

I stayed calm on the outside and continued to smile.  I straightened my back and confidently uttered five of the stupidest words that have ever come out of my mouth:

He tilted his head and smiled even more.  “Well alright then.  Thank you VERY much, Daniel.”

It was my turn at the counter and a friendly woman said, “Hello!  How can I help you?”

I wanted to say, “Can you loan me four hundred dollars?”  Instead, with my girlfriends 6′ 4″ statuesque father behind me, who I was sure was waiting to see what I would do, I placed my credit card on the counter and said happily, as if I were a wealthy socialite, “Four adult lift tickets, please.”

Thirty minutes later, we were back in the apartment, eating the yummy breakfast that Jolene and her brother had made, and at some point, her Dad said aloud, “Jolene, do you know what your boyfriend did this morning?”  She stopped eating and cocked her head to the side.  She looked at him.  Then she looked at me.  I could tell she was hoping the answer was going to be a good one.  I could also tell she was worried it wasn’t going to be.

“He paid for everyone’s lift tickets today!  What a gentleman!”

She smiled very wide, and after a brief pause where I knew she was deducing how the entire experience at the ticket booth must have gone, how I obviously didn’t know how much lift tickets were, how her Dad let me pay for them, and was charmingly letting her in on the whole thing, and how I was her very loving and sweet idiot, she said, “He did?!  That’s amazing!  Thank you!”

We spent the next couple of days skiing and hanging out.  Her Dad didn’t let us pay for anything else, which was amazing and appreciated.  Over all the years that followed, he and I never talked about it.  I know that when he reads this blog entry, he’s going to let out an uproarious laugh and say, with all the love in his heart… “You were an idiot!”

Please enjoy more photos from our trip below! 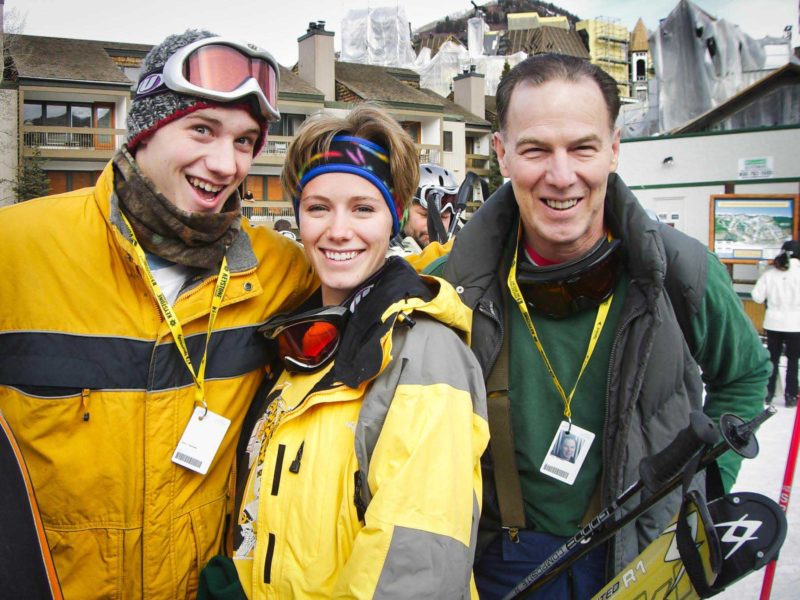 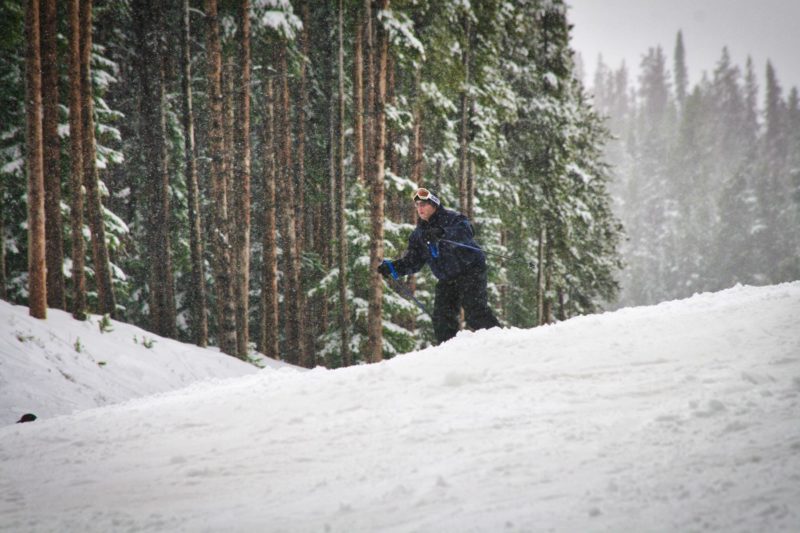 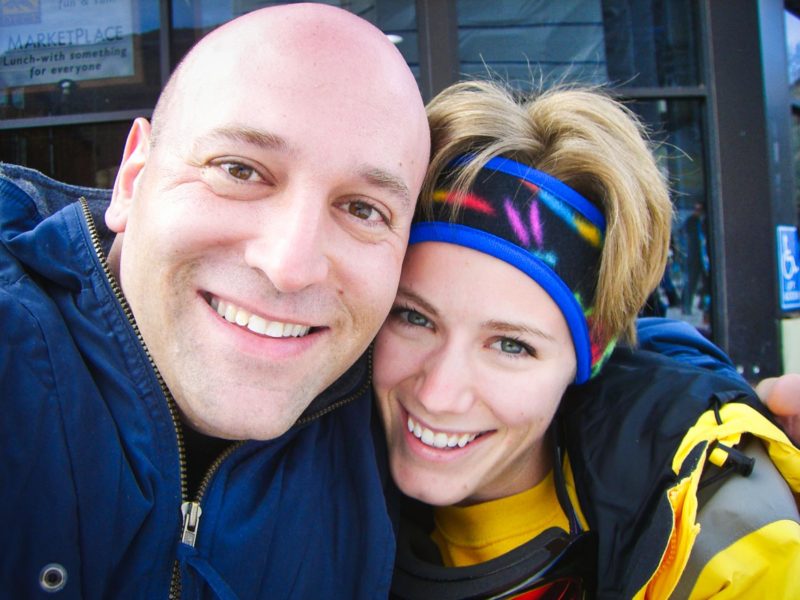 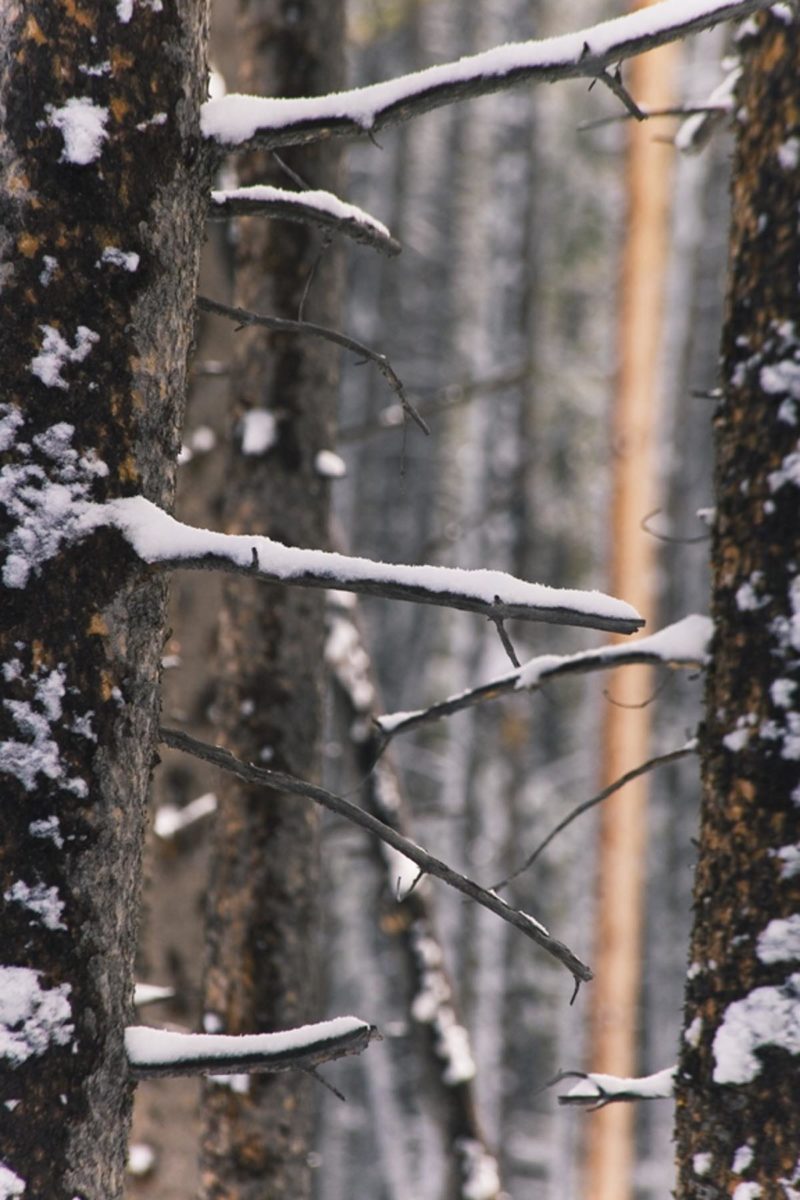 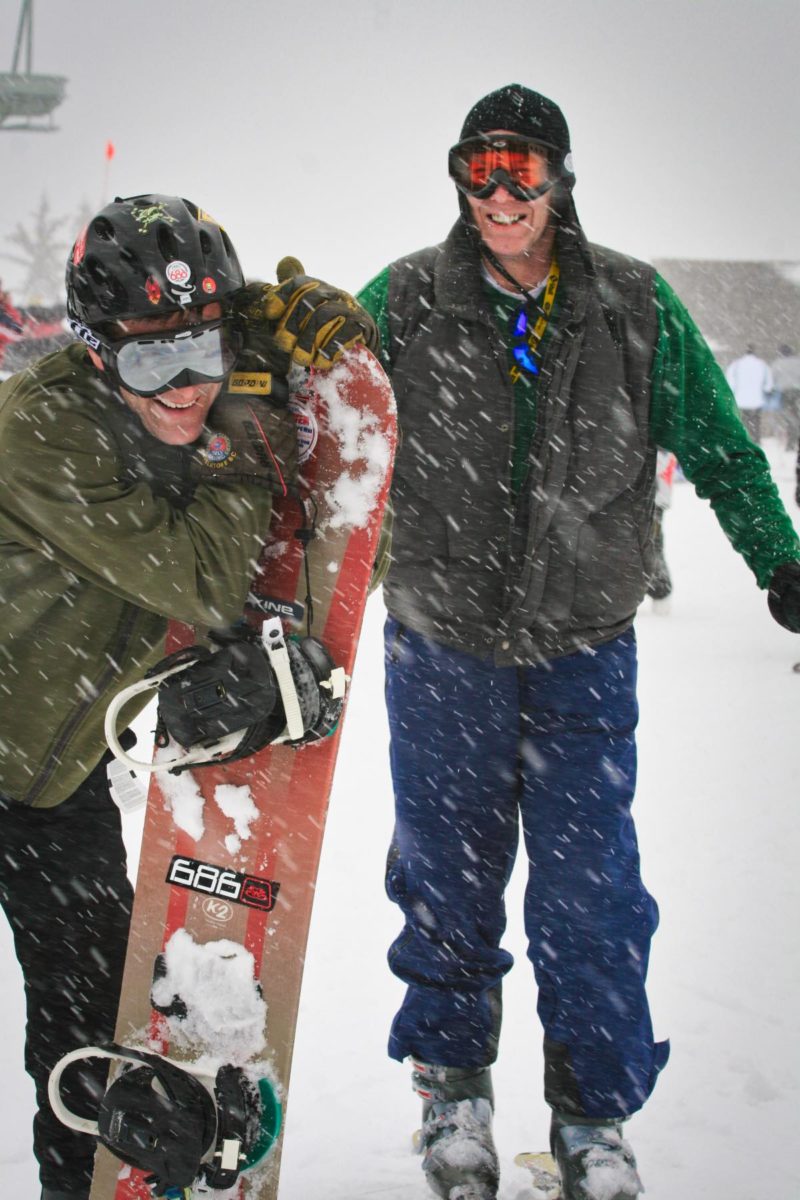 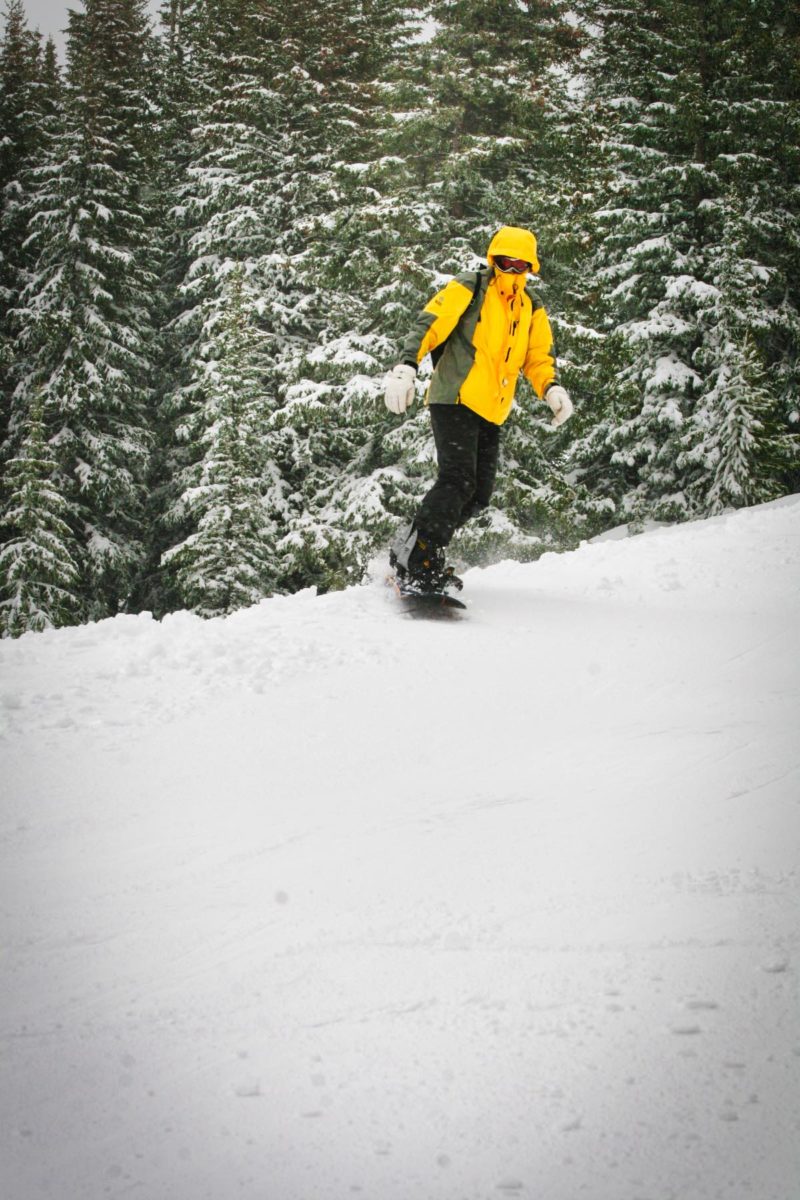 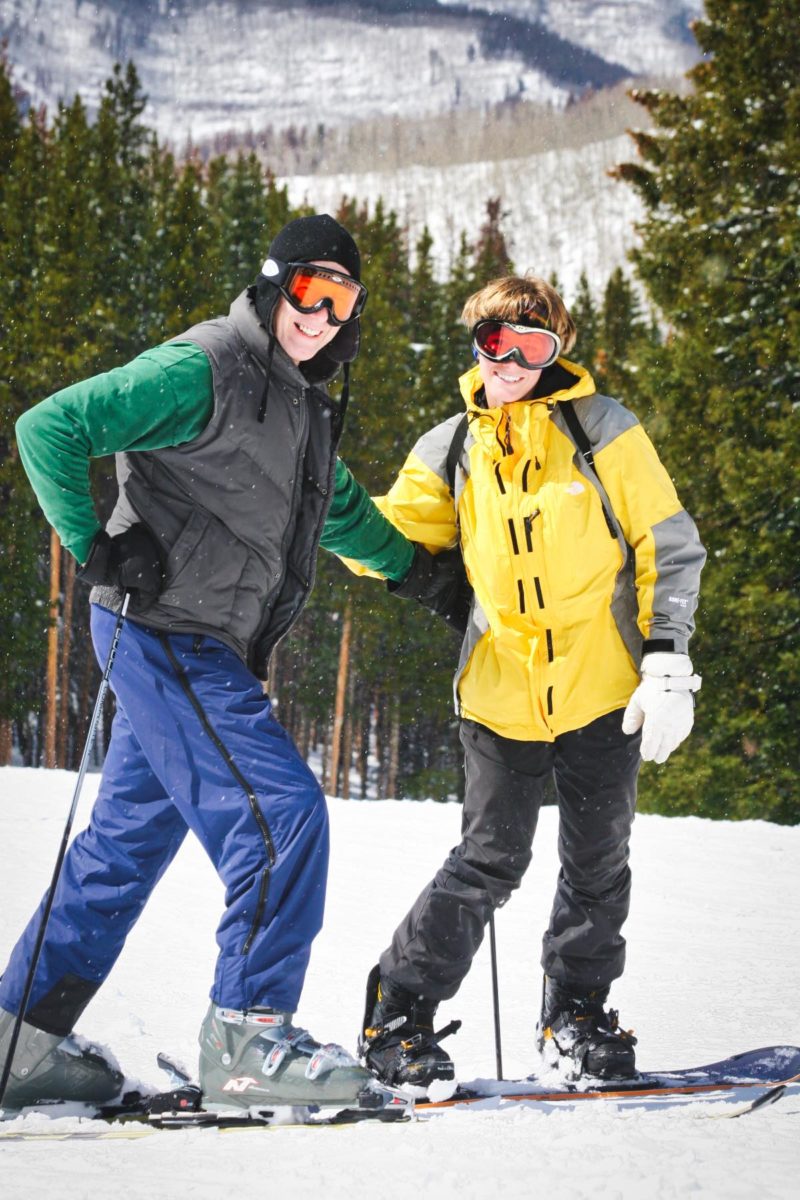 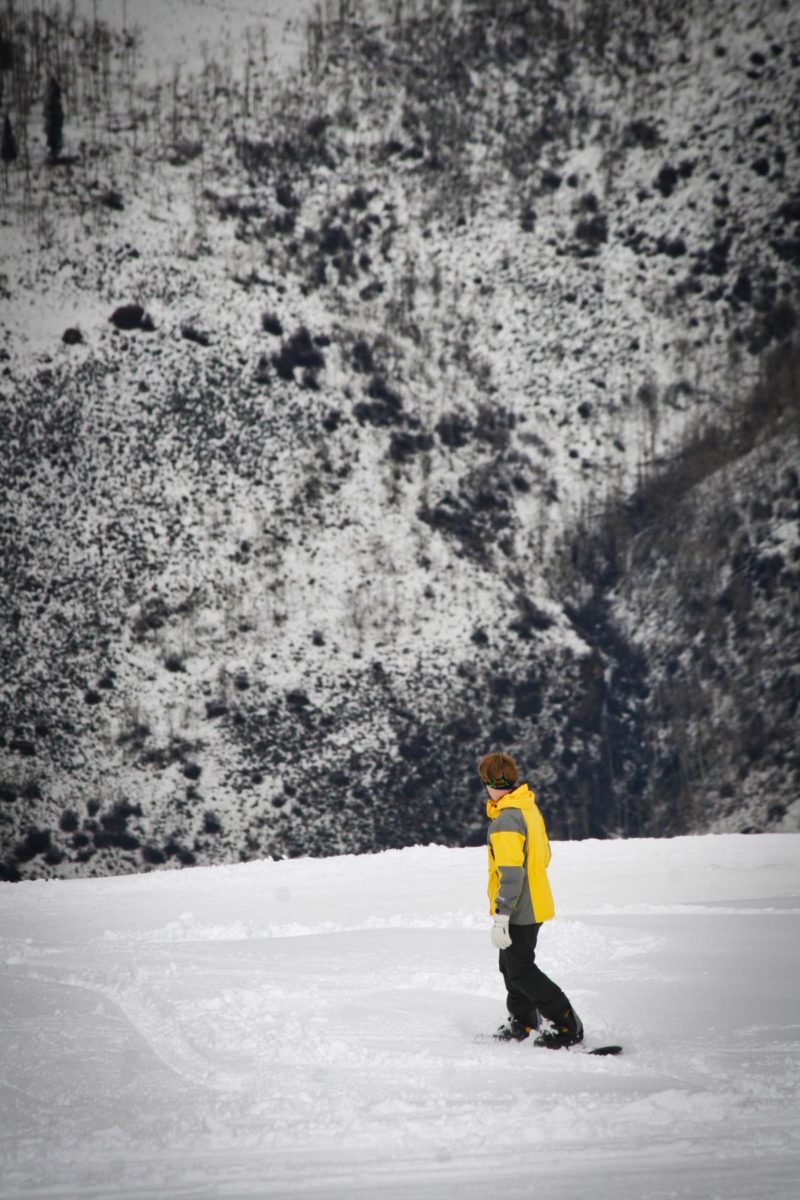 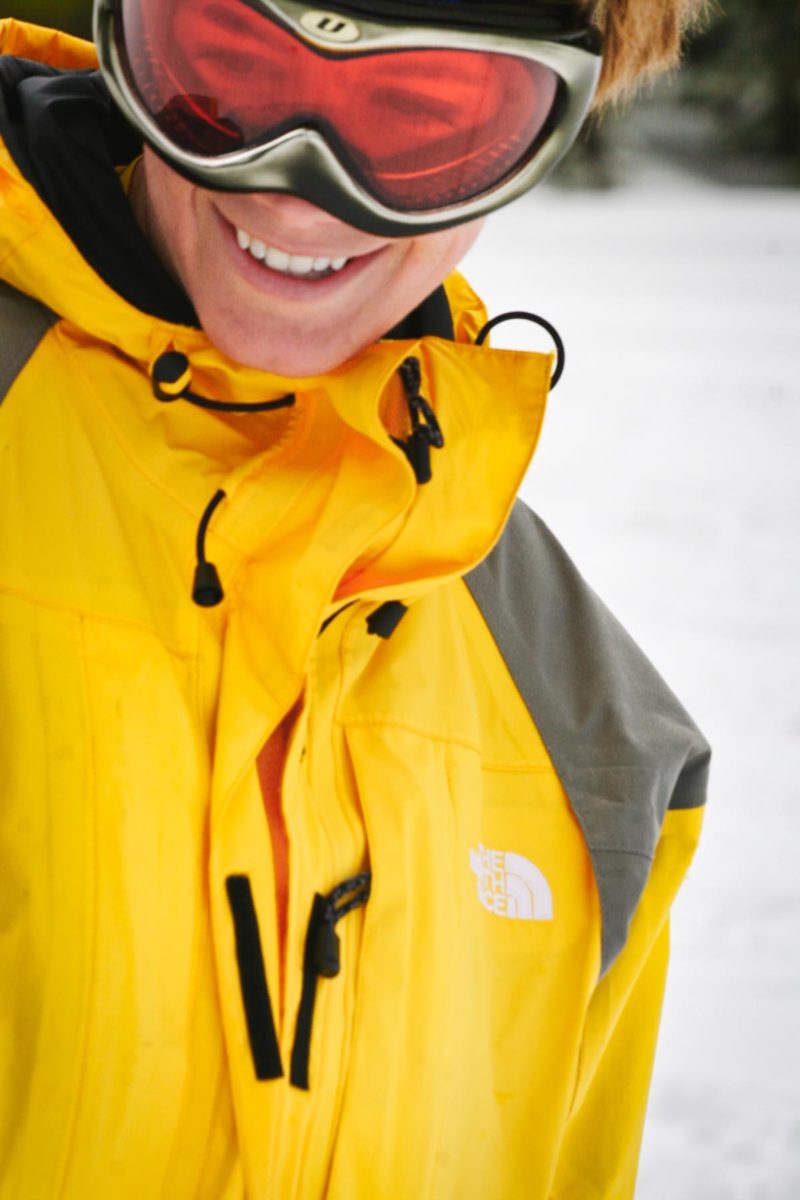 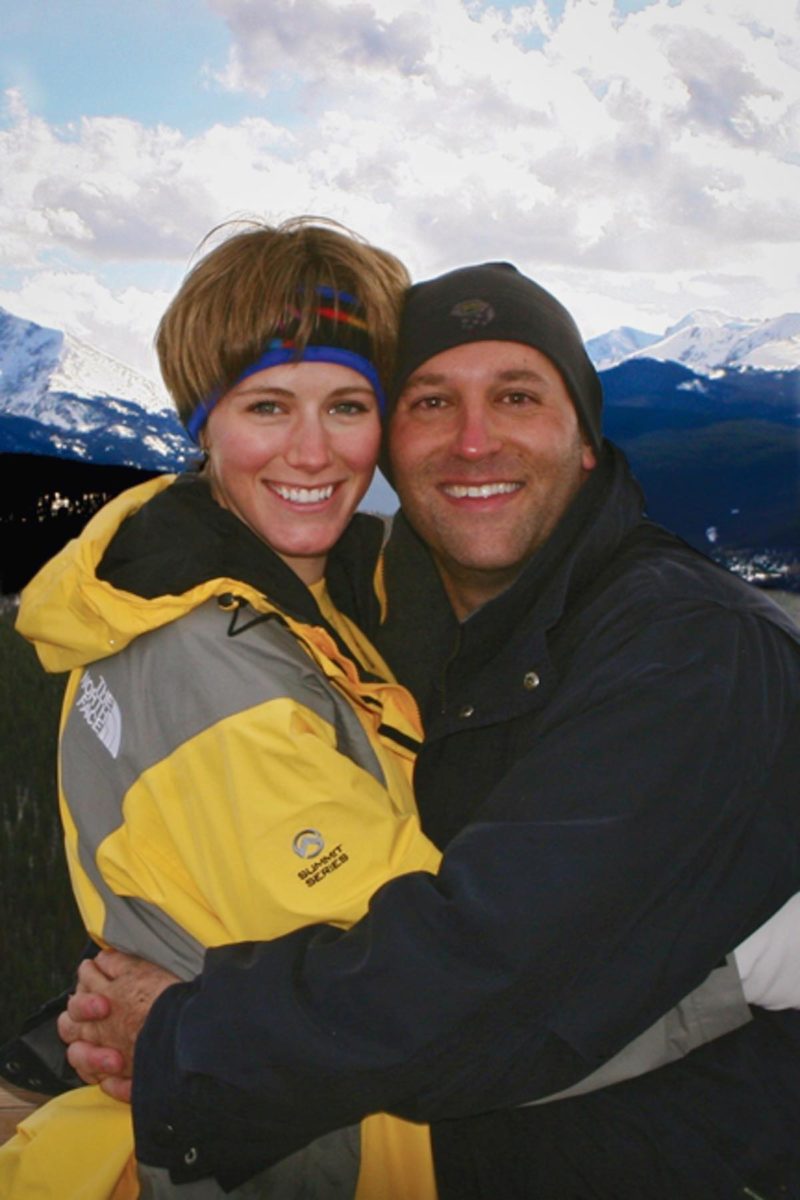 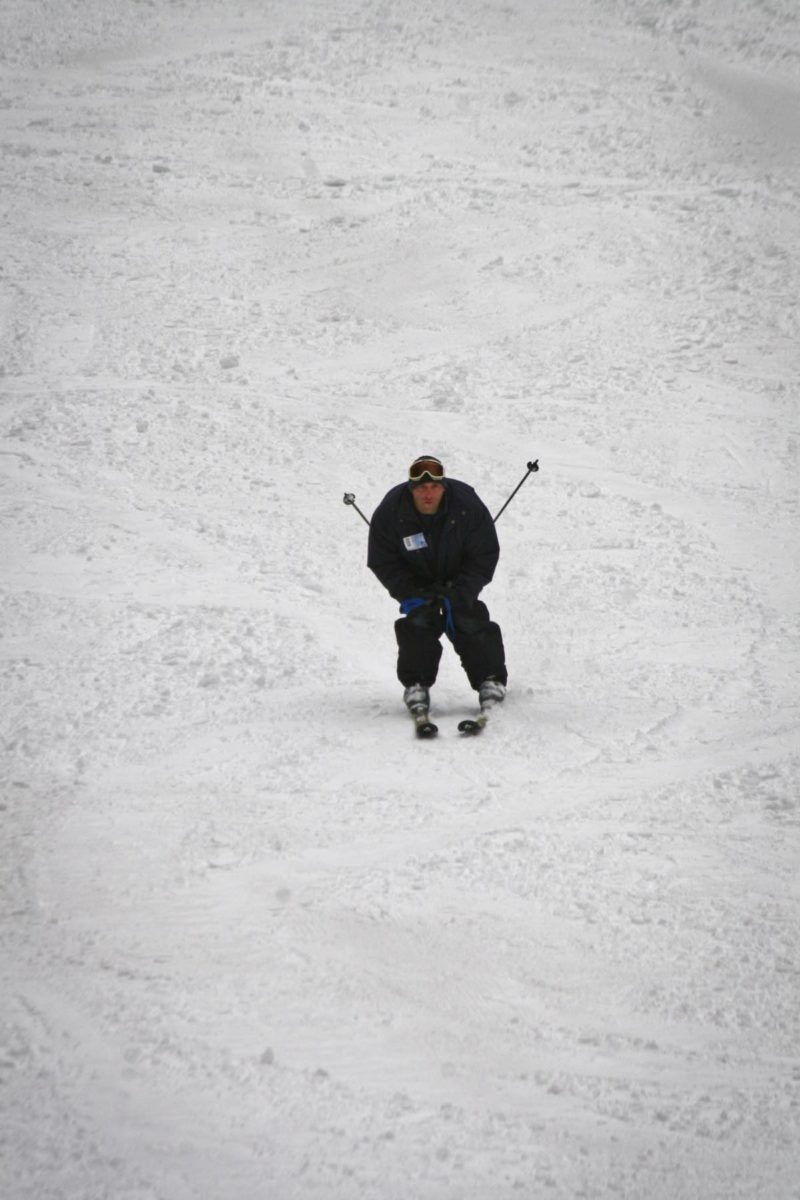 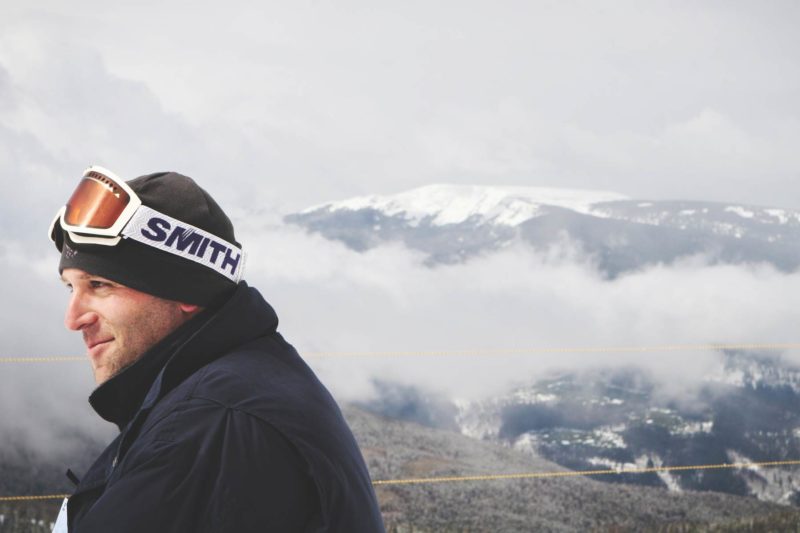 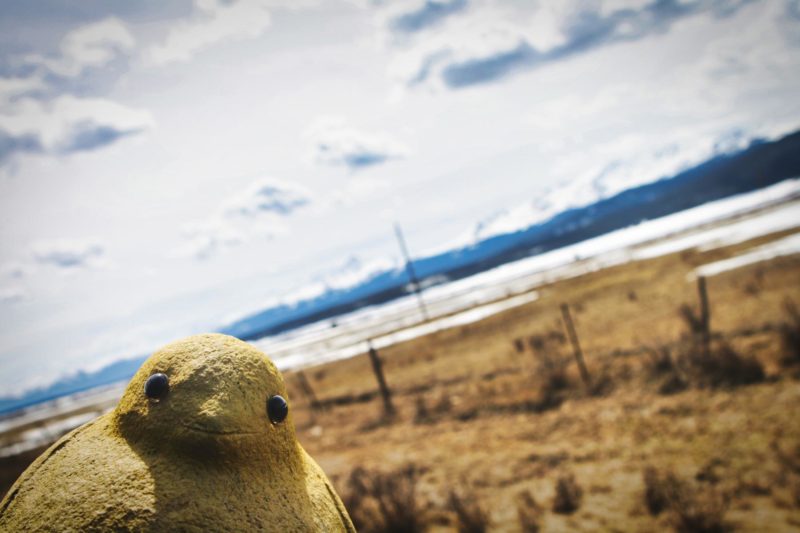