While in Israel, I decided to visit the Western Wall, a.k.a. the Wailing Wall, the Kotel, or the Buraq Wall, depending on your religion and views.  For more history and details, check out the Wikipedia entry here.  I’m actually not a religious person.  I would define myself as spiritual, but not the yoga-Ayahuasca-kombucha kind of spiritual.  More like a Douglas Adams and Carl Sagan meet the Force in Star Wars (before the midi-chlorian nonsense) kind of spiritual; A respect for science, nature, and the interconnectedness of all things, believing in something greater than myself that doesn’t necessarily have to be defined.  At my core, I believe that whatever ideology people subscribe to, our relationship with the Universe is an intimate and private one.  I say this because there is a debate as to whether or not people should place notes in the Western Wall, and I’m not going to delve too deeply into it.  Leave that for the scholars, politicians, and leaders to mull over.

I spent a good part of the day making my way through the Old City, taking some pictures, talking with random people. and allowing myself to be immersed in the various cultures of the place. 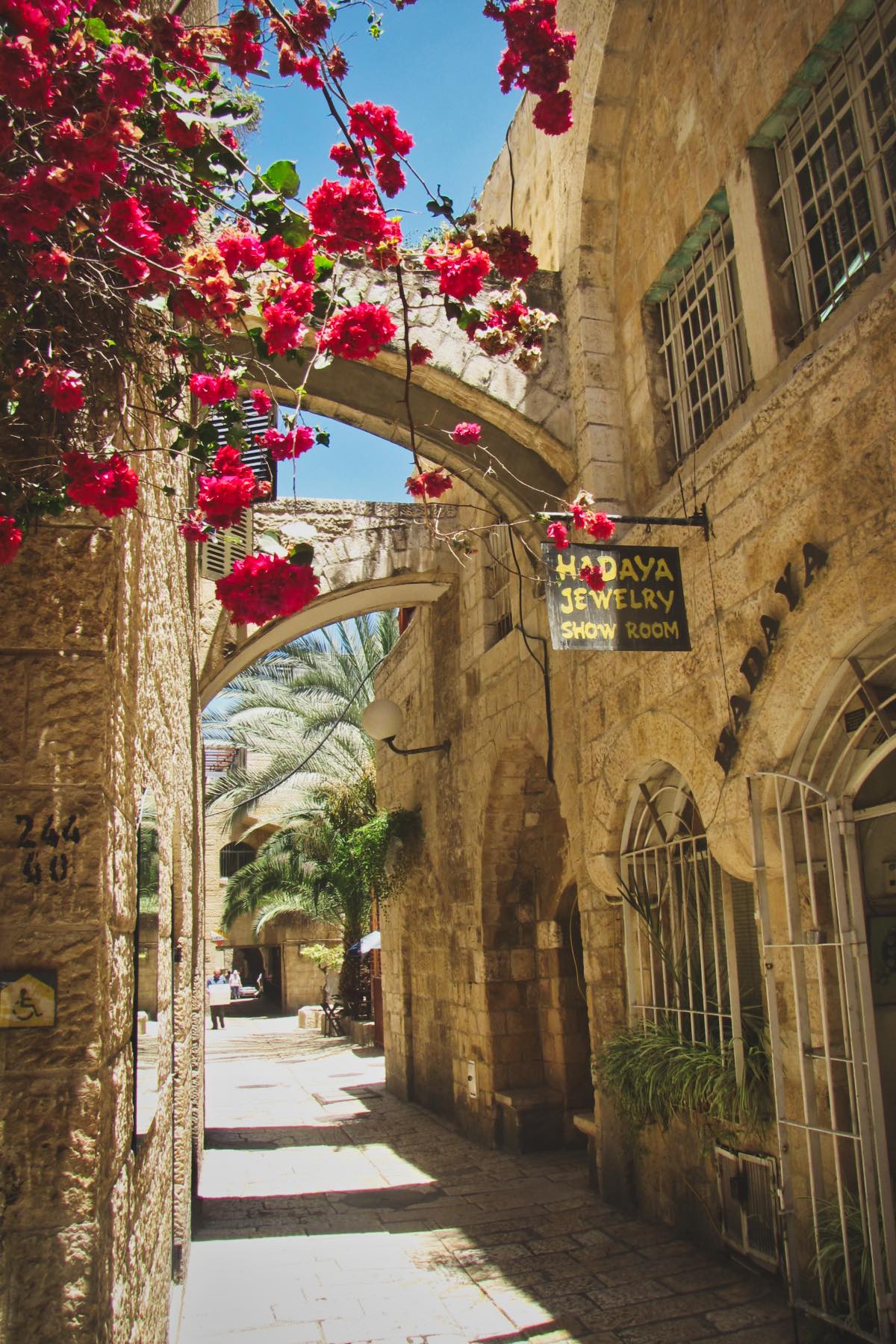 Honestly, it’s pretty incredible to walk around a place with so much history. 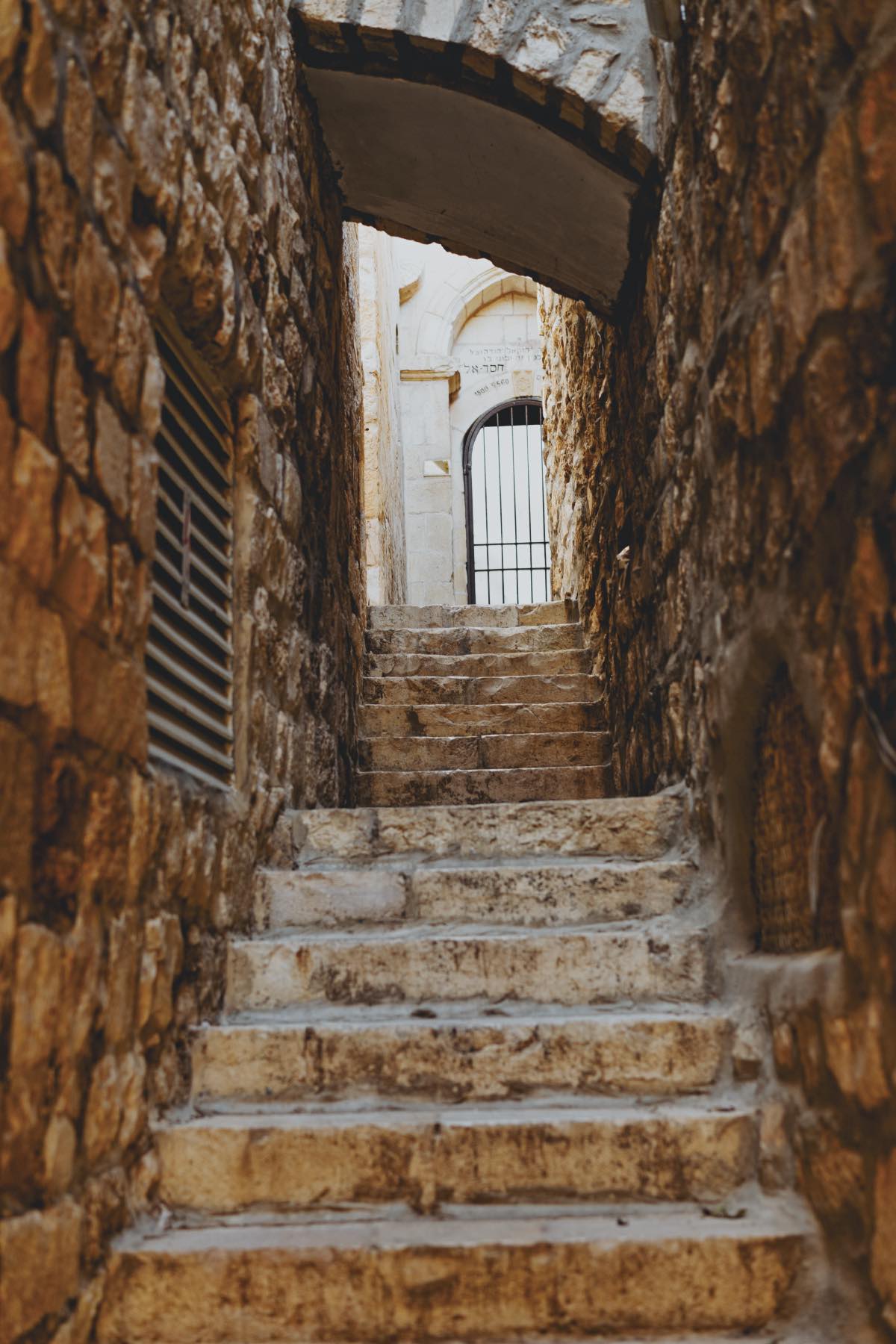 By the time I got to the wall, it was mid-afternoon, there were a lot of people there, and I waited for a bit to have my turn.  I took the time to watch the other people having their own experiences.  So many people praying, talking, some crying, some smiling, and I wanted to feel really connected by it all.  But I didn’t.  It was loud.  There was a sense of minor chaos to it all, and the whole place didn’t have the kind of peace and calm I had expected.  The Wall is divided into women’s and men’s sections and there are security checks, which can take some time depending on how busy it is.  I made my way to the men’s section and after some time, my turn to approach the wall arrived.

It’s pretty big, and up close, the stones are quite gorgeous.  I found myself in awe of just how long they had been there, how many millions of people had come to see them, touched their surface, and communed in this place.  I took a deep breath, gathered my thoughts, took the piece of paper I had prepared with my words on it, and held it in my palm.  I wasn’t sure if there was a specific way I was supposed to actually perform the ritual, if you could call it that, but I just went with my gut.  I found a small space where my note would fit and took a few seconds to wedge it in there well.  I didn’t want it to fall out.  Someone had told me that they come by a couple of times a year and clear out all the notes and then bury them, but I didn’t want my note to end up on the ground, being unintentionally kicked around by people or lost.  Once I felt it was secure, I placed my palm over it, felt the stone on my fingers, and closed my eyes.

Someone was forcibly poking me in my left shoulder!  I turned around to see what was going on, and who was interrupting my spiritual time at the wall, and there was an orthodox man saying something angrily to me in Hebrew.  I don’t speak Hebrew.  I gesticulated that I didn’t understand.  “I don’t understand!  Do you speak English?” I said.  Then he pointed to my head and said more words angrily in Hebrew.  I don’t’ know if he assumed I popped a Babel Fish in my ear and could understand, but I didn’t.  So I gestured again that I was sorry that I didn’t understand and turned around to go back to my spiritual time at the Wall.  I took a breath to shake it off and return to my…

Same hard poke, same spot!  There I was, trying to commune with the Universe in this allegedly super holy spot that I’d traveled half way around the world to see, and some strange was very rudely assaulting me. This time, I was pissed.  I whipped around and gave him a death stare that said pretty clearly that I was about to punch this man extremely hard and said loudly, “WHAT?!?!?!” He immediately backed up.  Other people around us stopped to stare and see what was happening.  He pointed to my head again and uttered the one word I immediately understood.

Then I realized what all the fuss was about.  He was trying to tell me that I should be wearing a Kippah, or yarmulke, at the Wall.  While technically wearing a yarmulke is not Jewish law (a common misnomer), it is tradition, and more importantly, a sign of respect, especially at holy places.  He was holding an extra one in his hand.  I smiled and nodded at him and pointed to my head.  He nodded back.  I laughed, and in an effort to make peace, made a gesture saying, “Ahhh!  What a dummy I am!”  He offered me the yarmulke, I graciously accepted it, put it on my head, said thank you in Hebrew, one of the three words I knew in that language, and went back to my place at the Wall.

My shoulder was actually sore.  That dude poked with the power of God, apparently.

I took a few minutes to finish what I’d come to do, said thank you to the Wall and the Universe, and turned to make my way out.  I looked for Mr. Pokey to return his yarmulke, but he was nowhere to be found.  I asked someone else if I could return the Kippah somewhere, and they told me to keep it.  I still have it as a souvenir of the trip and my experience at the Wall.  I’ve even worn it a few times when attending functions where it was appropriate.

Over time, it’s become a reminder of many things, the very least of which is the idea of respect for other cultures, religions and ways of life.  It’s also part of why I wrote Moonbird’s Travel Lesson #8 – Respect the Cultures and Ways of Life of the Places You’re Visiting.  When we travel outside of the comforts of the places we know, it’s more important than we realize to do a little research about the places we’re going. In France, it’s considered respectful to say “Bonjour” when you enter any business.  Where I’m from in Ohio, if someone says hello to you, it’s rude not to say hello back.  At the Western Wall, it’s important for men over the age of three to wear a yarmulke.  Do the research ahead of time so you’re familiar with the basic customs of your destinations.  It makes you a much better traveler, you’ll be respected by people a lot more and at the very least… you won’t have a bruised shoulder.