Things Don’t Always Go As Planned:
A series of surprises and misadventures that often make the best stories.

I was hired to direct and shoot the International Gourmet Food Festival for ten days in Portugal.  It was AWESOME.  Jolene and I worked the amazing festival with our friend Marti.  After experiencing Michelin star chefs, the incredible Portuguese people, and dodging a mean flu that had gone around the venue, we decided to spend two weeks traveling to enjoy the proverbial fruits of our labors. Amsterdam was our first stop.

We arrived at Amsterdam Airport Schiphol and took the train to to Amsterdam Centraal Station.  It was January, so we were bundled up and wanted to find a nice café to drink something warm.  We walked around the city for a bit, and then found just such a place.  We warmed ourselves, and I ordered some real European croquettes.  They were delicious. 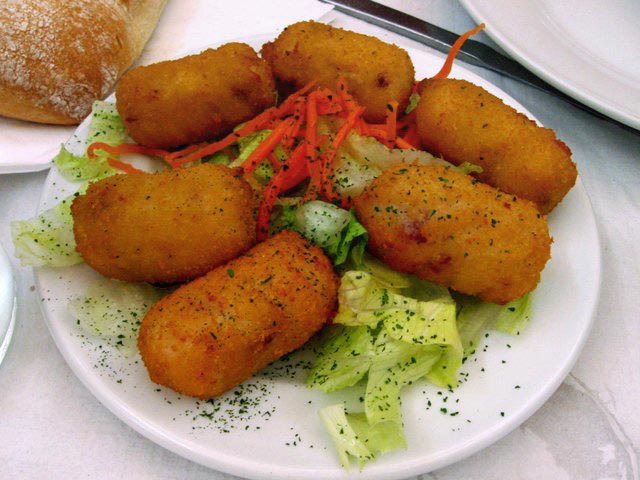 Croquettes… so good going down…

We then started a walking tour of the city, enjoying the unique architecture of Amsterdam and… what seemed like several hundred french fry shops.  About two hours later, when we were just getting the feel of the city, I told Jolene and Marti that I was feeling a little under the weather.  I thought maybe the croquettes weren’t sitting well with me.

Apparently, as I would soon come to find out, the virulent flu that had been systematically making its way through all of the staff of the food festival, had been silently brewing in me.  It decided that Amsterdam was a good place to rear its ugly head.

And with great efficiency.

As the minutes passed, I went from feeling a little “under the weather,” to doubled-over, unable to move much, and having to lay down on a bench in front of a church for thirty minutes while Jolene and Marti ran around trying to find us a hotel to stay at, because of course… this was one of the times we’d decided to wing it, and hadn’t reserved an airbnb or any other accommodations.

After thirty minutes, where I imagined that only child birth would feel worse than what my stomach and fevered body were doing, they returned and helped me walk to a strip of hotels they’d found.  The plan was to pick one of them, see if it had a room available, and then get me into bed as soon as possible.  The first one we came upon was called “The Hotel Nadia.”

No exaggeration, I barely made it into the lobby and collapsed onto a bench.  Jolene was about to ask me a question, when I grabbed the trash can nearest me, which for the record, was one of those skinny cans with an ash tray on top filled with stinky cigarette butts, and two holes in the sides where you throw your rubbish, and as carefully as I could, rotated the device so the side hole was accessible to me without spilling the ash tray, and vomited my brains out.  It was as if I had to rid the Universe of every evil thing it had ever created.  Then I vomited more.  And then… once more for good measure.

Then I smelled the cigarette butts, some old trash, and my own vomit, and I vomited again.  Twice more, actually, for a grand total of five times.  It was actually a personal record.  Kudos for me.

The Hotel Nadia didn’t have any rooms available.  They did, however, now have several pounds of unwanted European food and the remains of some croquettes I wouldn’t wish upon most people.  We tried to explain what had happened, and offered to clean up the mess.  They were understanding.  I’m sure I’m not the first person to puke in a hotel in Amsterdam…

Here’s a look at our trip up until the vomit-pocalypse of Holland:

We ended up a hotel down the street.  Jolene and Marti were super humans getting the rooms arranged and the luggage carried up a steep Amsterdam staircase.  My flu got worse.  High fever, chills, nausea, coughing, all the wonderful things.  Once we got settled, Marti left to meet up with some other friends, and Jolene was a great partner, offering as much care as she could.

A few hours later, she was hungry and decided she would eat a package of red couscous that she’d purchased at Marks & Spencer at the airport the previous day.  She’d had it in her backpack the entire time, and since it was so cold outside, and the package was sealed, she figured she’d be fine.

We call what followed… “The Amsterdam Incident.” 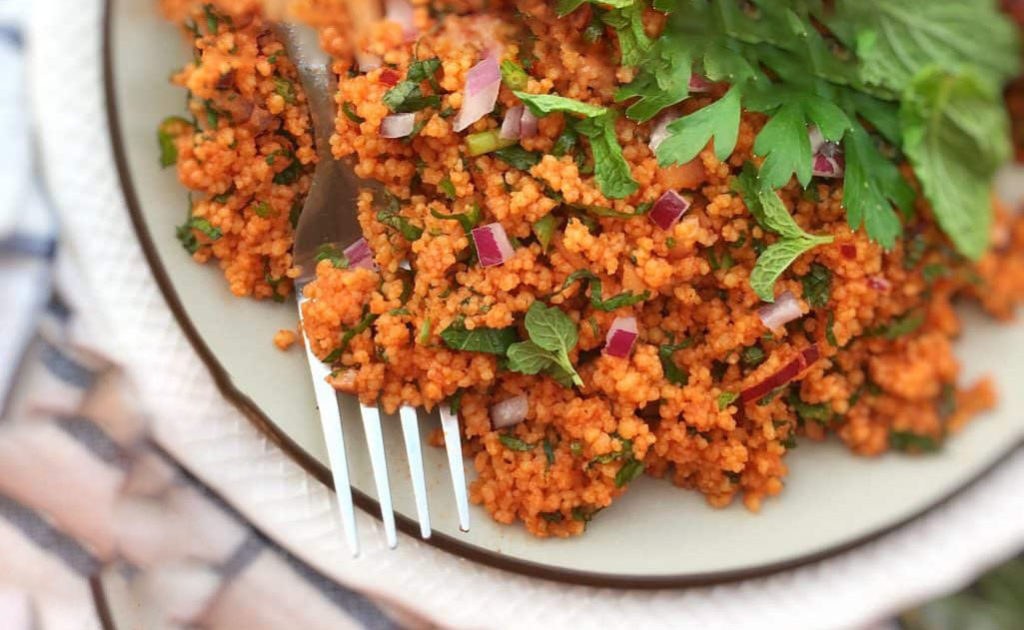 The cous cous wasn’t okay.  And the flu that had taken me down, hit her harder and faster than it had me.  Within an hour of her eating, all culinary hell broke loose.  Literally.

I have to backup one step and set the stage for you, because it was very much a scene from a movie.

The hotel room we were in had a balcony, and on the balcony was a gigantic statue of a gargoyle.  It felt like something out of Ghostbusters.  Jolene tried to open the balcony door to get some fresh air, but the guy next to us was smoking marijuana all night and the smell kept creeping in.  We don’t indulge, and regardless, that’s one of the last things you want to smell when you’re sick with the flu.

The other relevant aside, the toilets in Amsterdam are not like American toilets.  They have a different design with a large flat surface where our normal water area is, and are made like that for two reasons:  one, they use less water and are more efficient.  Two, they allow you to do a health check before you flush and make sure everything is normal.  Jolene calls it the “observation deck” toilet.  You can Google it if you want to know more.  Suffice it to say…

From my perspective, an hour after Jolene ate the afore mentioned couscous, and the flu had now reared its ugly head at her, she was in the bathroom in obvious discomfort.  I was laying in bed, curled up like a baby, clutching my stomach, and groaning from my own discomfort while sweating all over everything.  I heard what sounded like very violent vomiting and then… two words from her:

Then, there was silence.

Then suddenly, in a voice I will never forget, she yelled, “DON’T COME IN HERE!  DOOOOOOO NOT come in here.”

What happened, as I would later find out, was a confluence of events perfectly scripted for a bromance comedy.  The couscous flu that had ravaged Jolene’s insides had her kneeling in front of the toilet.  She had vomited with such force, that it hit the observation deck, ricocheted back out of the toilet… and onto her face, her hair, the wall, the floor… it was everywhere.  She later said it looked she exorcised every evil thought she’d had since she was born.

She’s a bad ass, and was able to clean up and get herself to bed.  We ended up resting there for two full days, trying to take care of each other while the gargoyle statue watched over us and we endeavored to make sense of Dutch television.  Eventually, the fevers broke, we were able to muster enough strength to go outside, and even though the pace was slow, we had one lovely night in Amsterdam.  We walked around, talked with people (probably gave them all the Portages Ebola Flu), and experienced the city a bit before we had to leave for our next destination.

You might think the moral of the story is that you never know what to expect when you’re traveling.  That’s true.  But let’s be honest…

The moral of the story is:  Don’t eat food left in your backpack for two days.  No matter how cold it is. 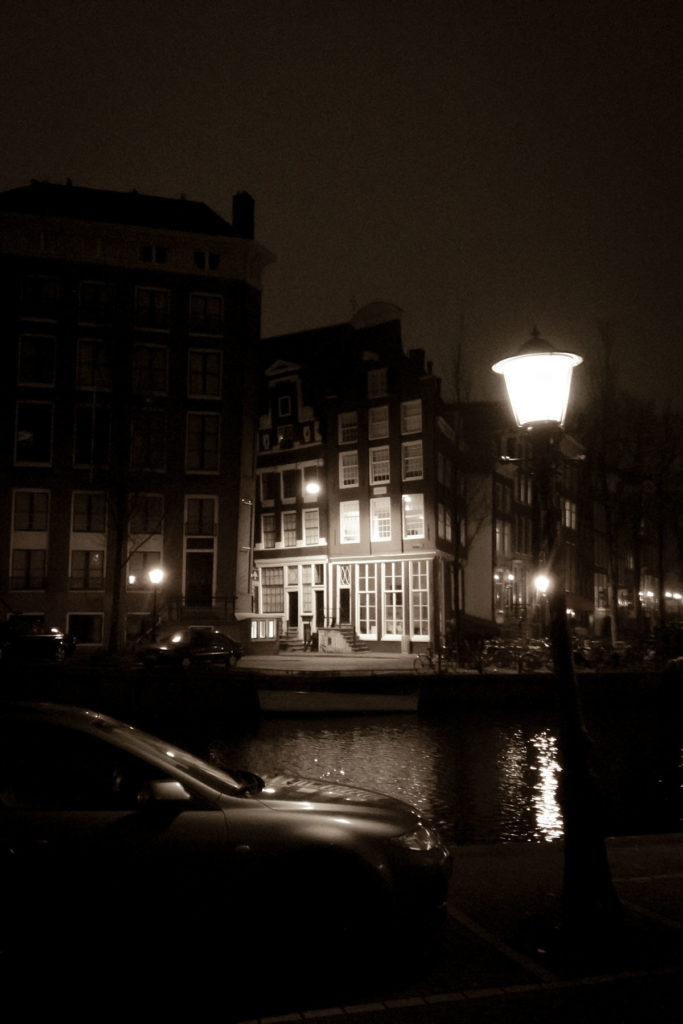