Things Don’t Always Go As Planned:
A series of surprises and misadventures that often make the best stories.

Let me begin this with a transcript of an actual conversation.  I was sitting at my computer, working on some graphic designs for my good friend’s upcoming wedding in Jerusalem.  For anonymity, we’ll call him “Ben.”

Ben: Dude, you should totally come to the wedding.

Me: Dude, I can’t just jump up and fly to Israel!

Me: (Thinks about it for a minute) I suppose I could.

Ben: Look, I’ll tell you what… come to the wedding and shoot some video for us.  Your stuff always looks amazing.  All you gotta do is buy the plane ticket, I’ll take care of everything else; food, accommodations… you got nothing to worry about.  Just call Shlomo and book a ticket.  Boom, boom, and boom.

Ben: You know.  The Godfather.

Me: You mean the one with like seventeen kids who talks real softly?

When we arrived in Jerusalem, I found out that Ben’s idea of “accommodations” was to call in a favor from another of his friends. This friend ran the men’s dorm from one of the old, run-down schools that Ben had attended when he was a kid.  Many, many, many years ago.  We’re talking when friendship bracelets were cool.  This “dorm” should have been condemned a long time ago, as it was barely suitable for humans.  And yes, he definitely got us a free room… in what felt like a haunted Russian prison from a Lara Croft video game where terrible experiments were conducted on unwilling people.

I tried. I tried to stay optimistic and grateful.  But then, as humans do, I used the bathroom. I saw things.  Things I’m not comfortable posting on my site.  Stall doors were removed or hanging by one hinge, likely beaten by experiment subjects as they tried to escape.  Toilets were cracked, broken, sitting next to crumbling walls covered in graffiti… and the smell… various shades of human waste decorating far too many surfaces… my poor nostrils. 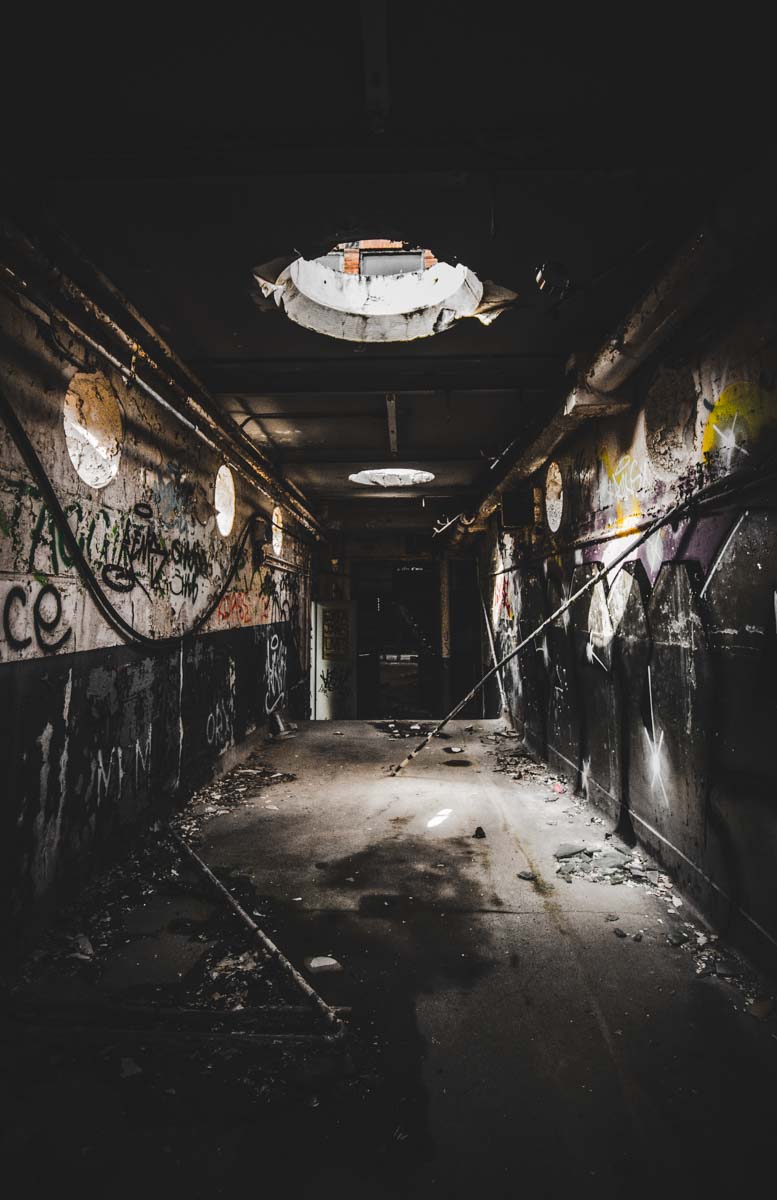 This was one of the experiences that led me to create “Moonbird’s Travel Lessons.”  It’s an expanding and sometimes adaptable list, but the core lessons are solid.  If you’re a Star Trek fan, they’re sort of like the Ferengi Rules of Acquisition, but all about travel.  You can read all of them here.

Moonbird’s Travel Lesson #1 – Never, ever trust someone else to take care of your travel accommodations.

Always, always check out your accommodations ahead of time. Research the area. Use Google Earth. Verify for yourself that you are, indeed, good to go.

Ben is a wonderful person.  Despite his terrible taste in housing… he’s a true friend.  I mean, I’ll never let him book me a trip again…

So what happened?  I put up with the dorm for a short time.  I honestly tried to save my bathroom visits for when we were in the city and I could take care of things somewhere with nicer facilities, which was most other places on Earth including a random shrub or two.  We took care of pre-wedding business and then Ben basically disappeared because he had so many other things and people to attend to.  I wasn’t sure what to do because like an idiot, being relatively new to international travel at the time, I hadn’t planned very much. Keep in mind, at this time, smart phones weren’t the norm, and internet access was much more limited.

This brings us to:

Moonbird’s Travel Lesson #2 – If traveling with other people, make sure you discuss ahead of time what your expectations are.

I’ve learned since, that especially if traveling with other people, make sure you’ve discussed specific things like each person’s goals, itineraries, methods of communication, etc.

As I mentioned, Ben was busy, and I was on my own. I was able to have a nice time walking around the old city in Jerusalem.  I also made sure to visit the Western (Wailing) Wall.  I wrote about that experience in a separate post here. 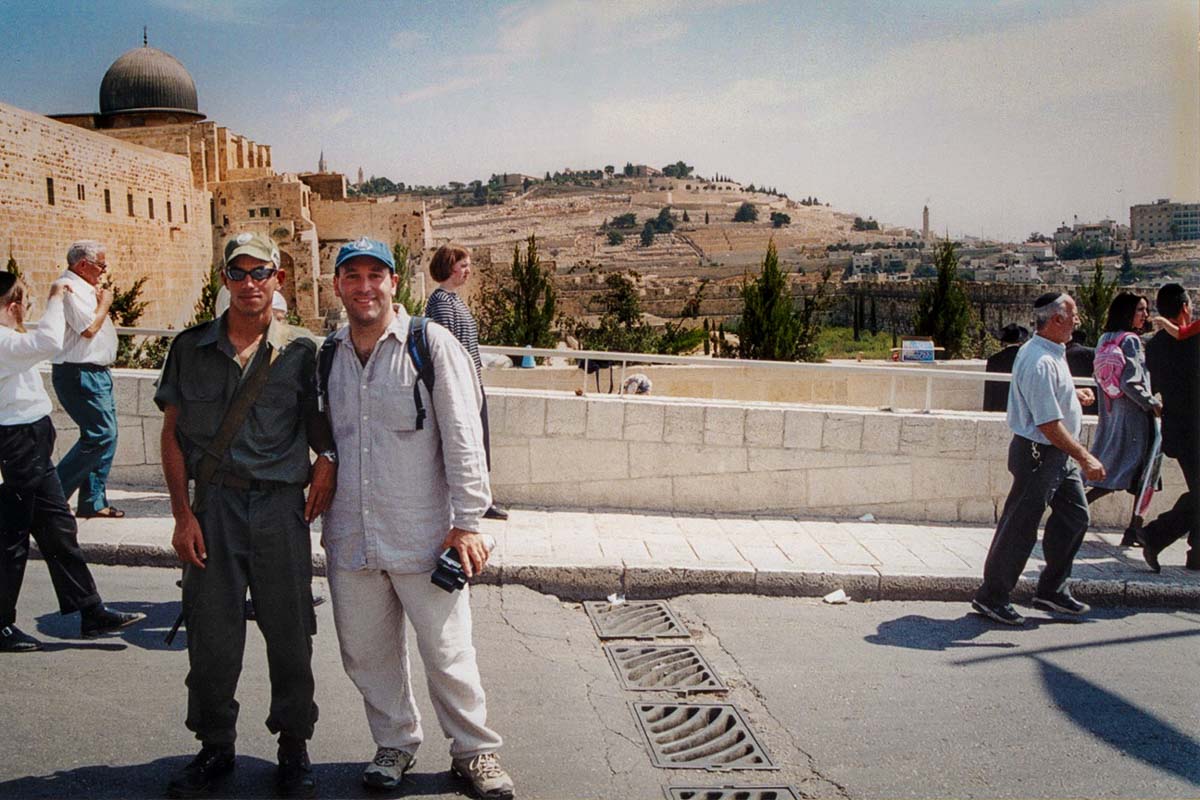 With an Israeli soldier outside of the Old City

I ended up asking locals a lot of questions, which worked out great. I even reached out to an Israeli woman I’d befriended on the plane. She was kind enough to take me to see the ancient ruins of Caesarea Maritima, and introduced me to her country’s incredible tomatoes. Who knew?!

One of the families from the wedding found out where Ben had put me and insisted I come stay with them.  I’m always thankful for small miracles, and this was a big one.  They were awesome!  We had a blast and are still friends to this day.  I got to walk around and explore their area of the country, get to know the people of their community, and for a time, feel much more like a local then a tourist.  Those are almost always the best parts of traveling.  The bonus of making new friends in new places and expanding your global contact list was invaluable.  In hindsight, this may not have happened were it not for Ben’s “master planning.” 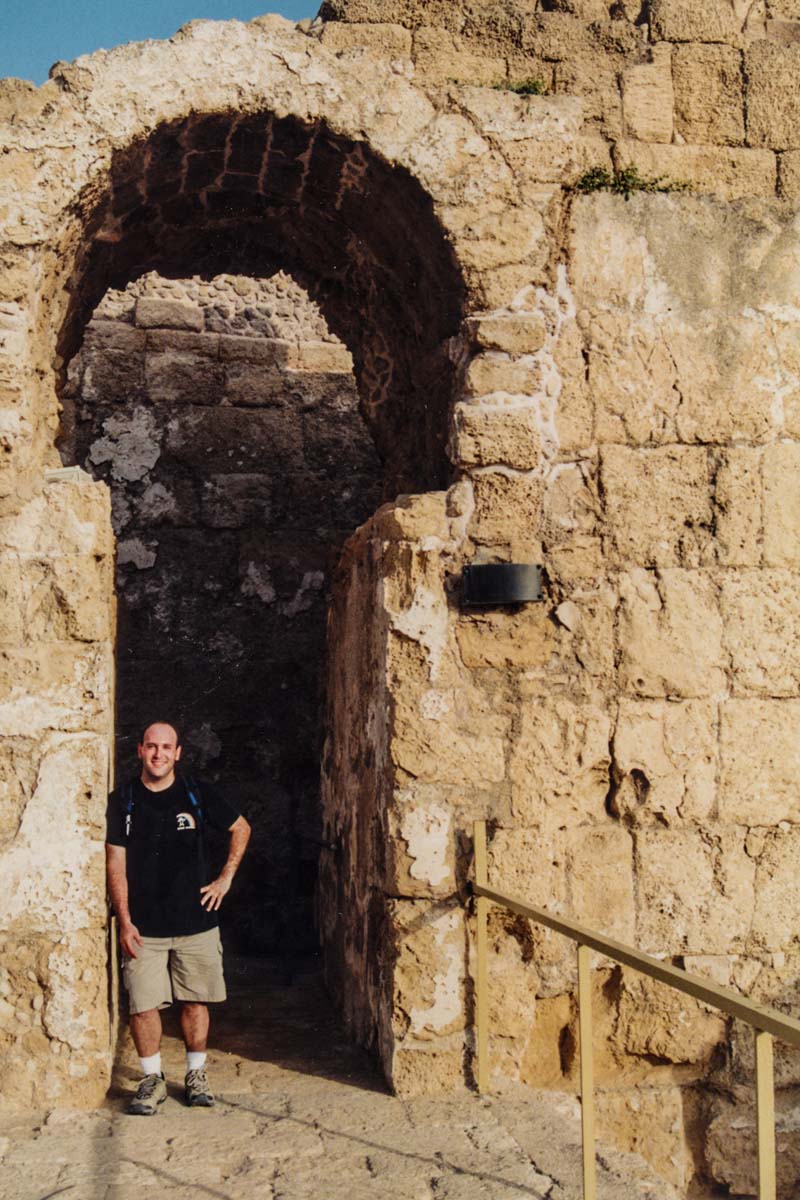 At the ruins of Caesarea Maritima

After Ben got hitched, I decided to implement:

Moonbird’s Travel Lesson #4 – Take Your Destiny Into Your Own Hands and Seize the Unexpected Opportunities.

I’d dreamt of seeing Masada since I was a child.  Ben was tied up with family, I’d endured the dorm that nightmares are made of, and I wasn’t about to let a chance to see it pass me by.  I rented a car with g.p.s. and headed out to the astonishing beauty of the Negev desert, trusty cameras in tow.  That experience was nothing short of life changing. 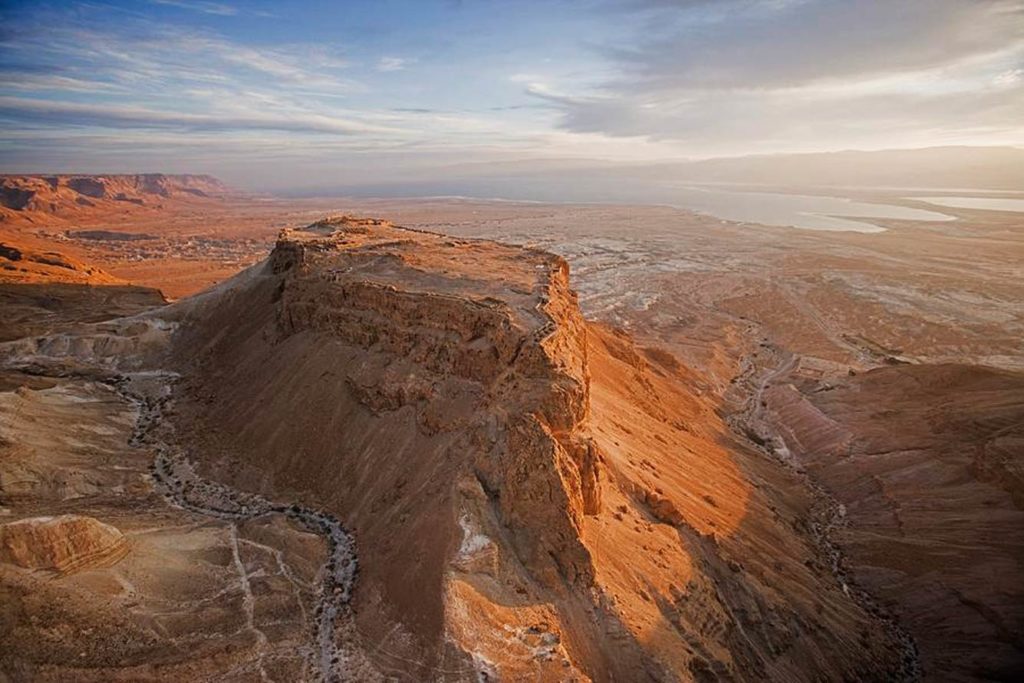 The Ancient Fortress of Masada in the beautiful Negev desert

Over the years, I’ve thought about this trip several times.  Ultimately, although things didn’t go as planned… I’m grateful that Ben’s wedding brought me to Israel, which is a very unique place.  We all know it’s a country of political and religious turmoil, but it’s also home to many peoples, rich in family-centric tradition, culture, arts, food, and without a doubt, great passion and zest for life.  In some parts, I didn’t feel safe.  In others, I did.  The same can be said for many other places in the world.

If you’re looking for that warm and cozy feeling, look elsewhere.  That’s not Israel or her people.  But if you want a unique experience rich in history and culture, and you have some common sense, it can be an amazing place to visit.