FatBird is a little bit like the traveling gnome. The original, is a fairly fragile totem / statue that Jolene got in a tiny little store in southern Missouri that doesn’t exist anymore.  Upon seeing him for the first time, there in the store window amongst some vines and flowers, she says, “I felt like he was looking at me in a friendly way. I made up a whole back story about how he was a stranded alien – think A Boy and His Blob, and he had gotten stuck in the FatBird shape on Earth. And I had to help him.” She was sixteen when she and FatBird found each other.

He’s about eight to ten inches tall, and hollow, made of papier-mâché and clay, and therefore pretty fragile. Jolene used to take him with her whenever she traveled, and FatBird has subsequently appeared in many photos. He’s also been to more places than a lot of humans! She introduced me to him when we met, and he’s been with us on most of our trips. As our travels started taking us overseas more, we quickly realized that the danger of him getting damaged was a risk not worth taking. He ended up not coming with us on some of our international trips, and that was a real bummer.

However, the story has a super cool happy ending!  It just so happens that one of our best friends, Paul, is an amazing engineer who happens to work in high-end lasers and 3D modeling. When we were getting ready to go to New Zealand for our ten year anniversary trip, I called him up and said, “Hey, I have an idea! I want to surprise Jolene and make a mini 3D printed FatBird for traveling! May I come to your office and bring the original FatBird and have you scan him with your fancy lasers?”

Paul thought the idea was great! However, I soon realized that as much as I wanted to surprise Jolene, I also didn’t want to take the original out of the house without her permission. If something happened to him while he was in my care, he’s irreplaceable, and I don’t think I’d ever be forgiven. I told her my plan, and she was not only excited, but very glad I told her.

We went to Paul’s office, which was really just another good excuse to hang out with a good friend, and we set about scanning the original. It was a really, really cool thing to see this done in person.  Look at this future technology! 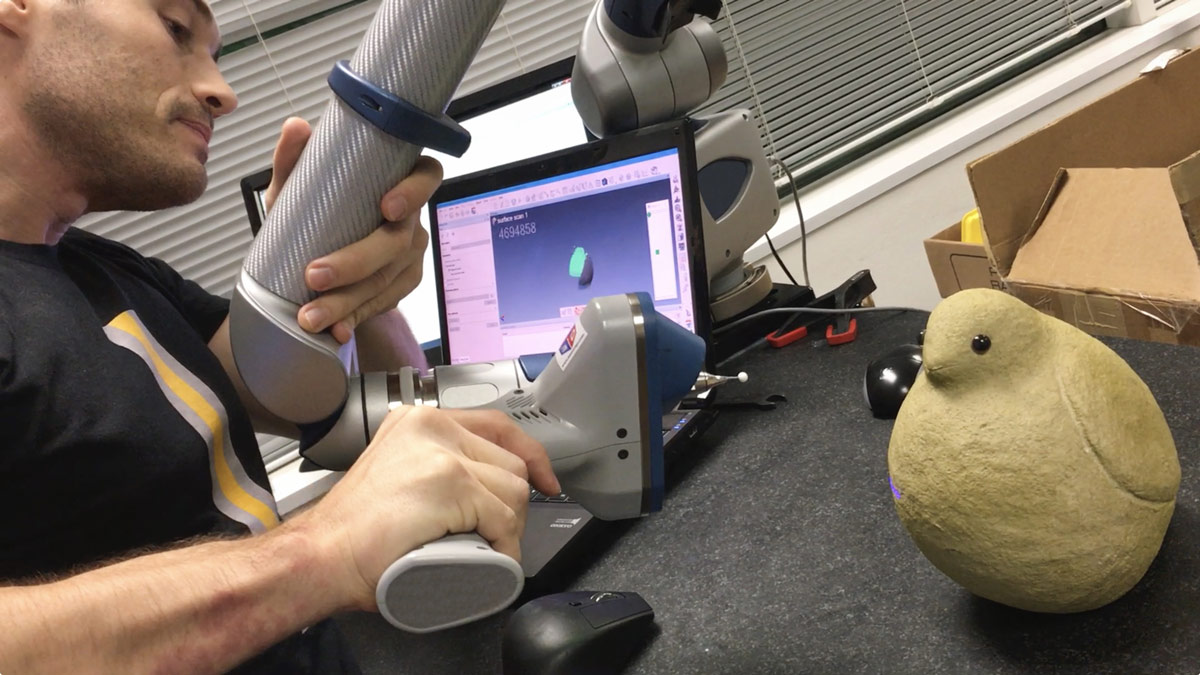 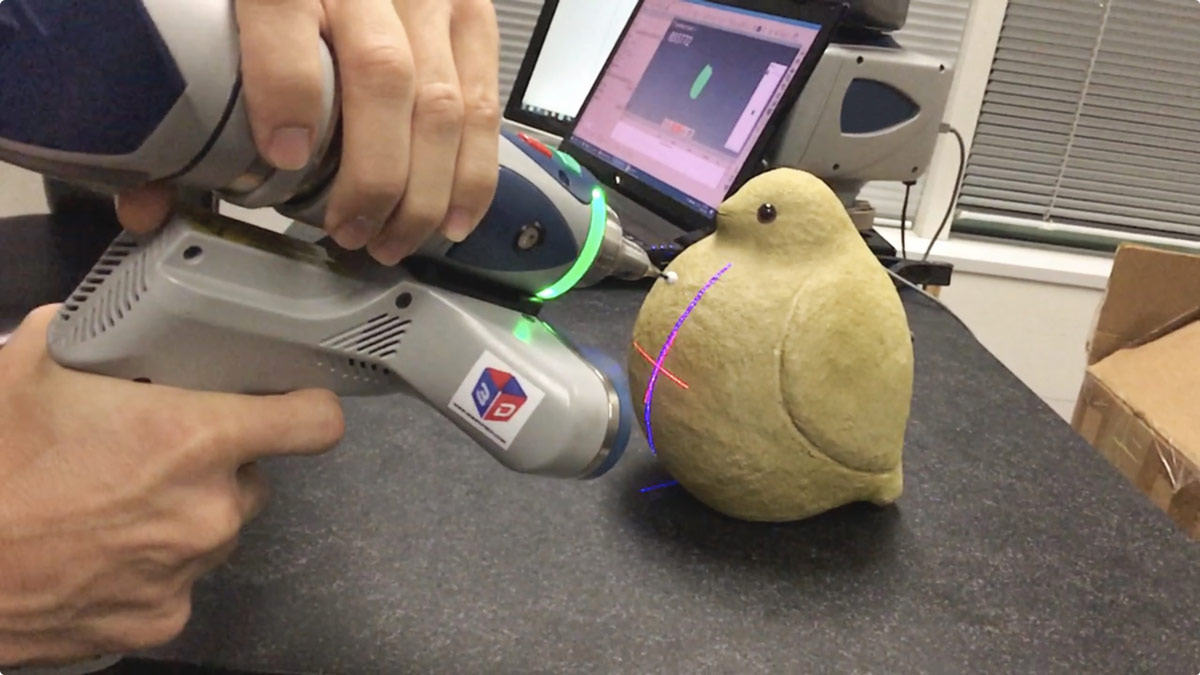 FatBird was so happy to be scanned!

Our friend Paul is brilliant, and a perfectionist like myself, so he actually scanned the original with so many polygons and at such a high resolution that I actually had trouble getting it printed because it was so advanced. LOL.  Eventually, we downsized the 3D image and were able to get the smaller version made. Jolene actually hand-painted him to look like the original and they two are almost impossible to tell apart.  Up close, every detail of the texture in his skin is as clear on the mini as it is on the original.  Amazing work, Paul!  And if we ever want to print a version that’s twenty feet tall… we have the hi-res file to do so!  Haha!

The best thing about mini FatBird is that he’s very compact, fits in the palm of your hand, and is solid, which makes him perfect for traveling. We take him with us wherever we go to help document our adventures around the world. Now you know why you’ll see FatBird appearing in photos all over our websites and social media! 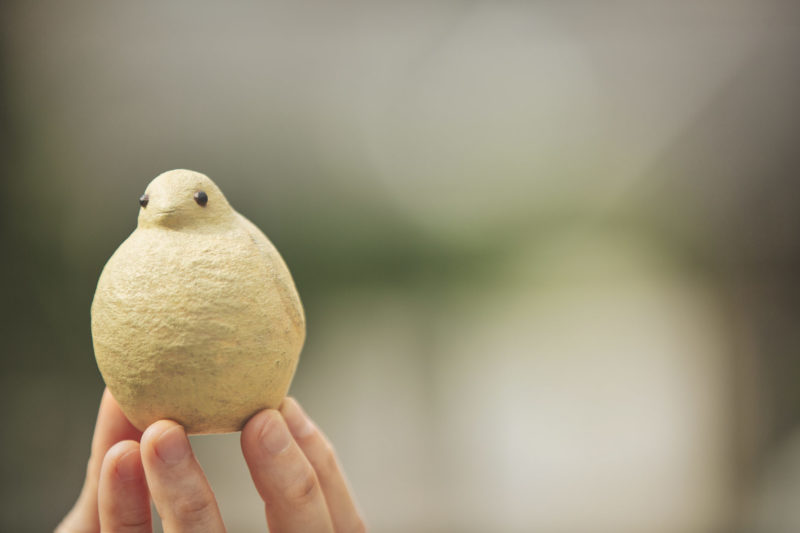 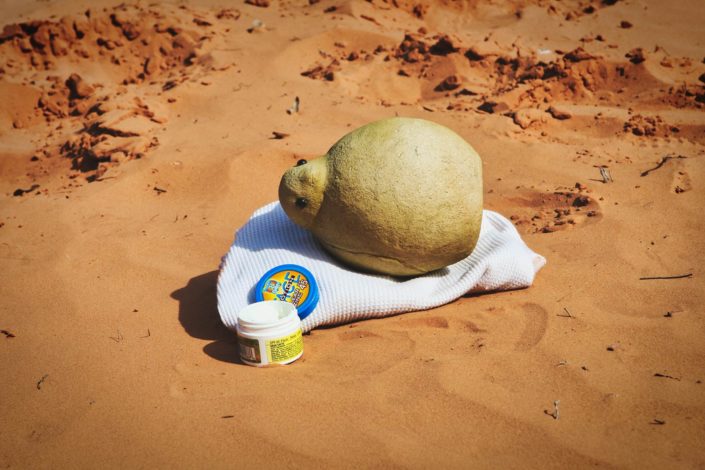 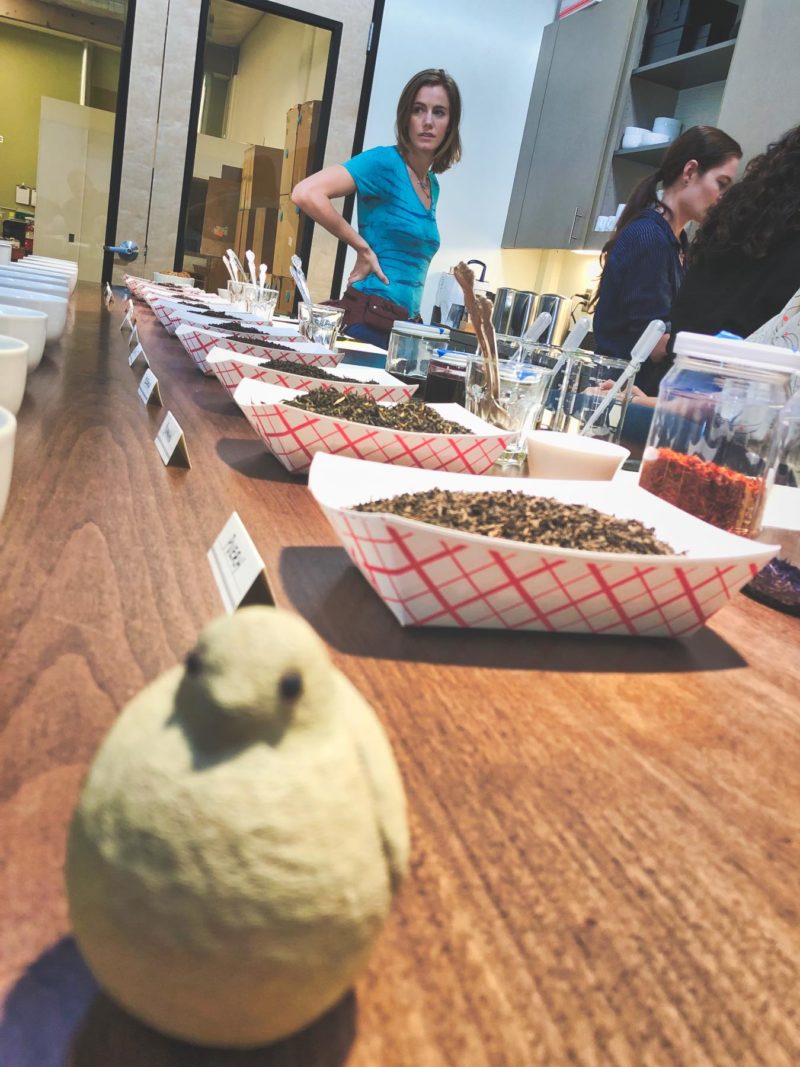 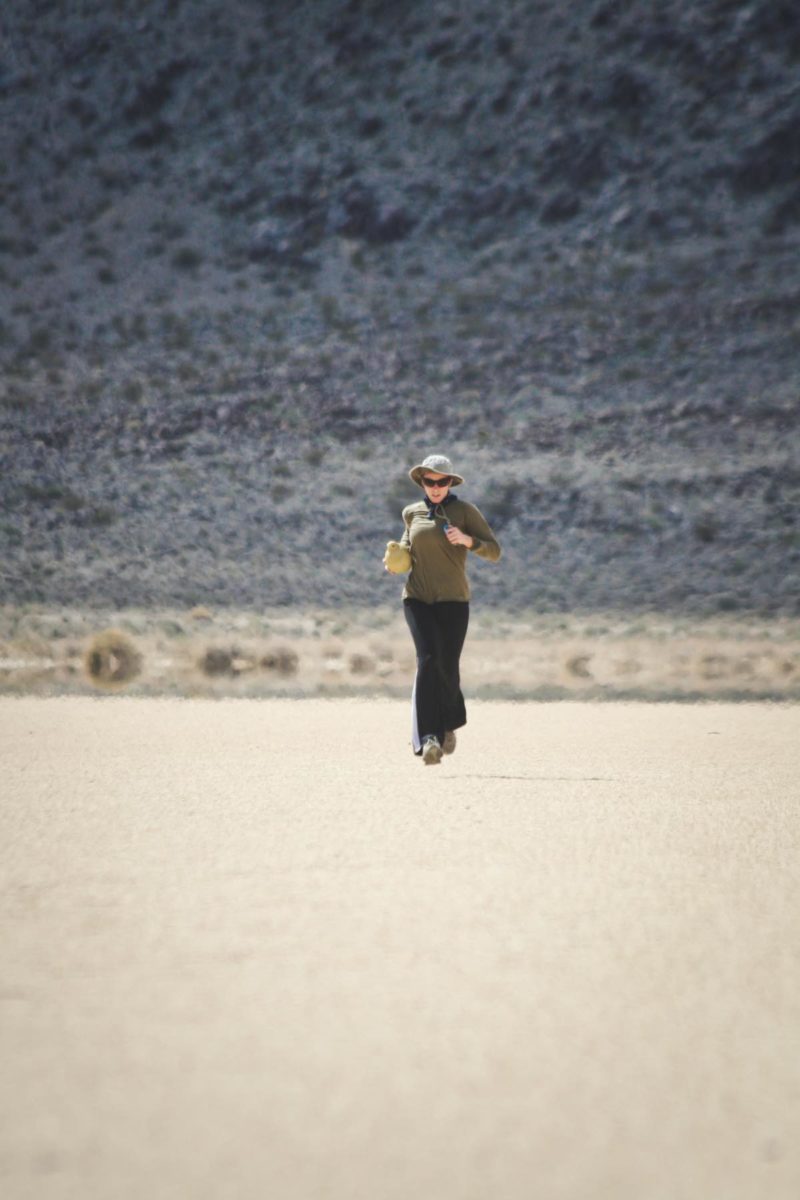 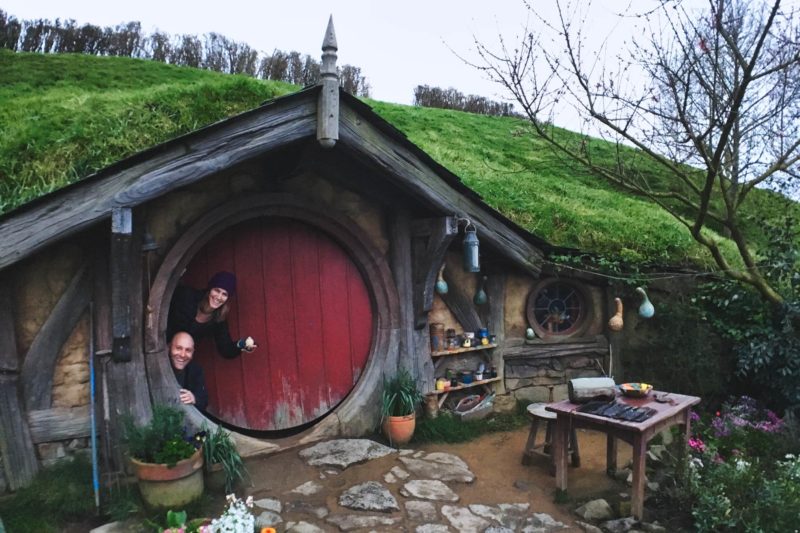 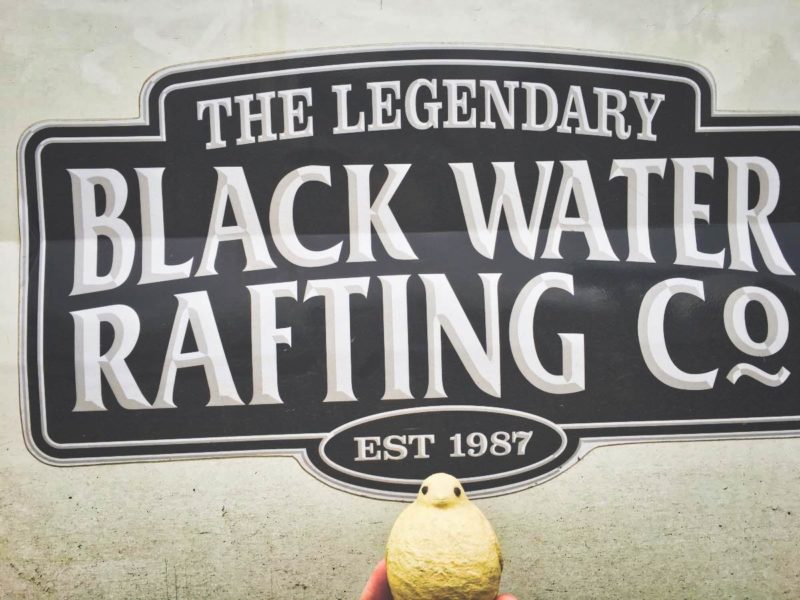 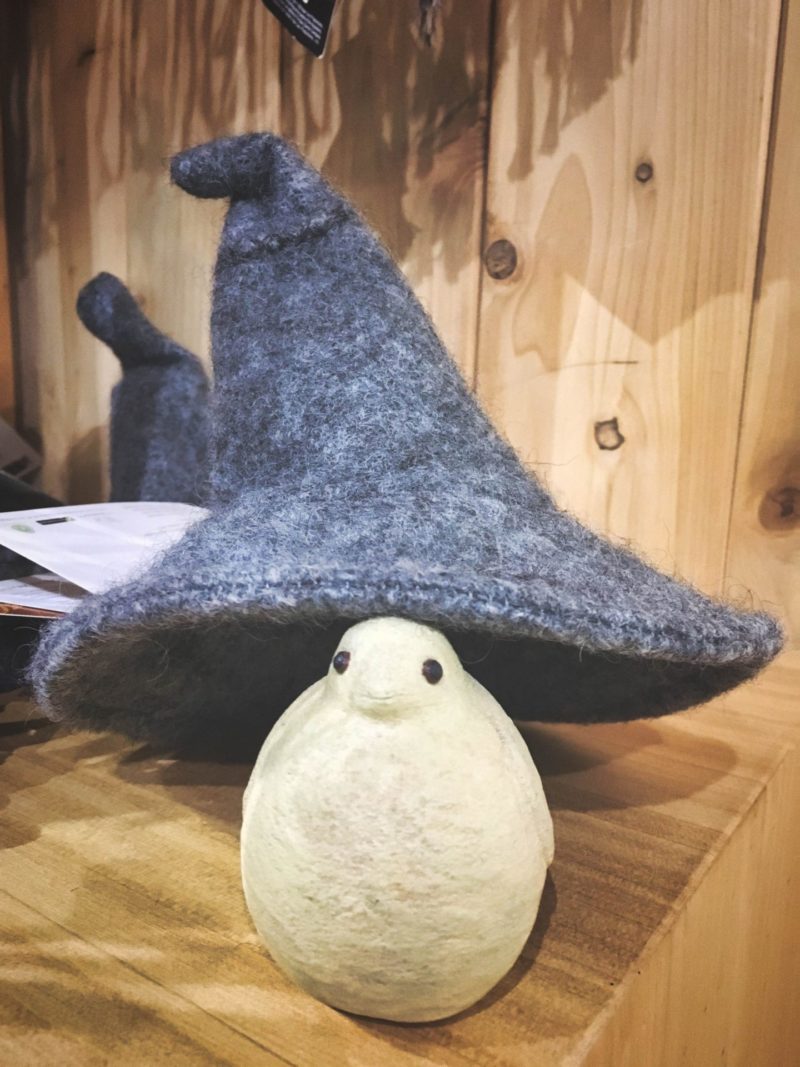 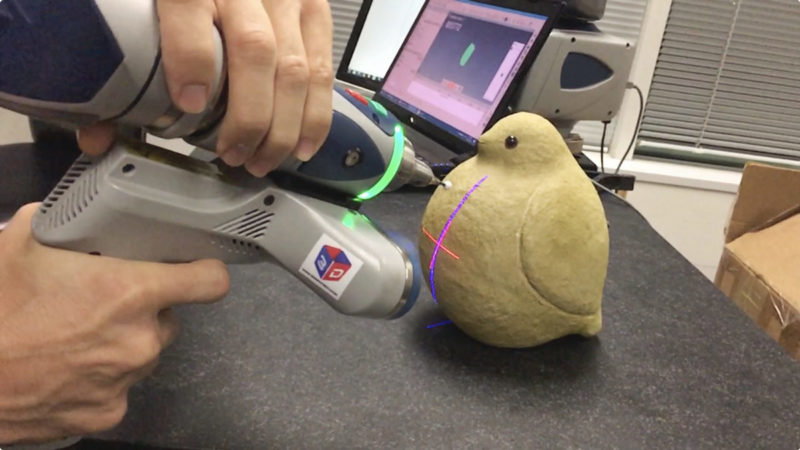 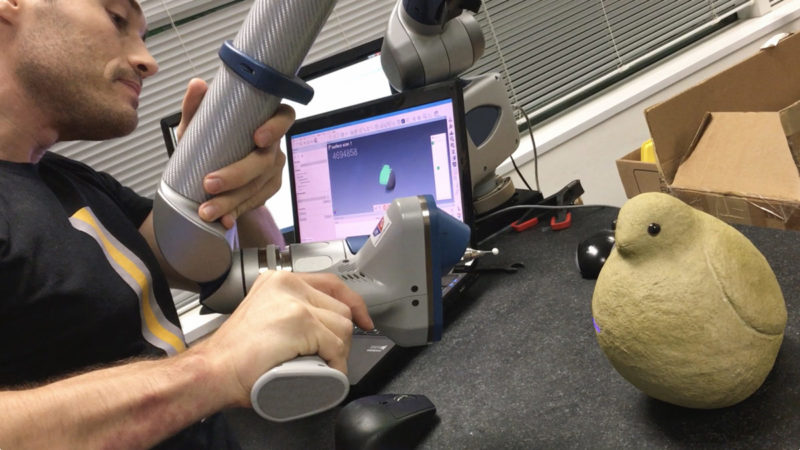 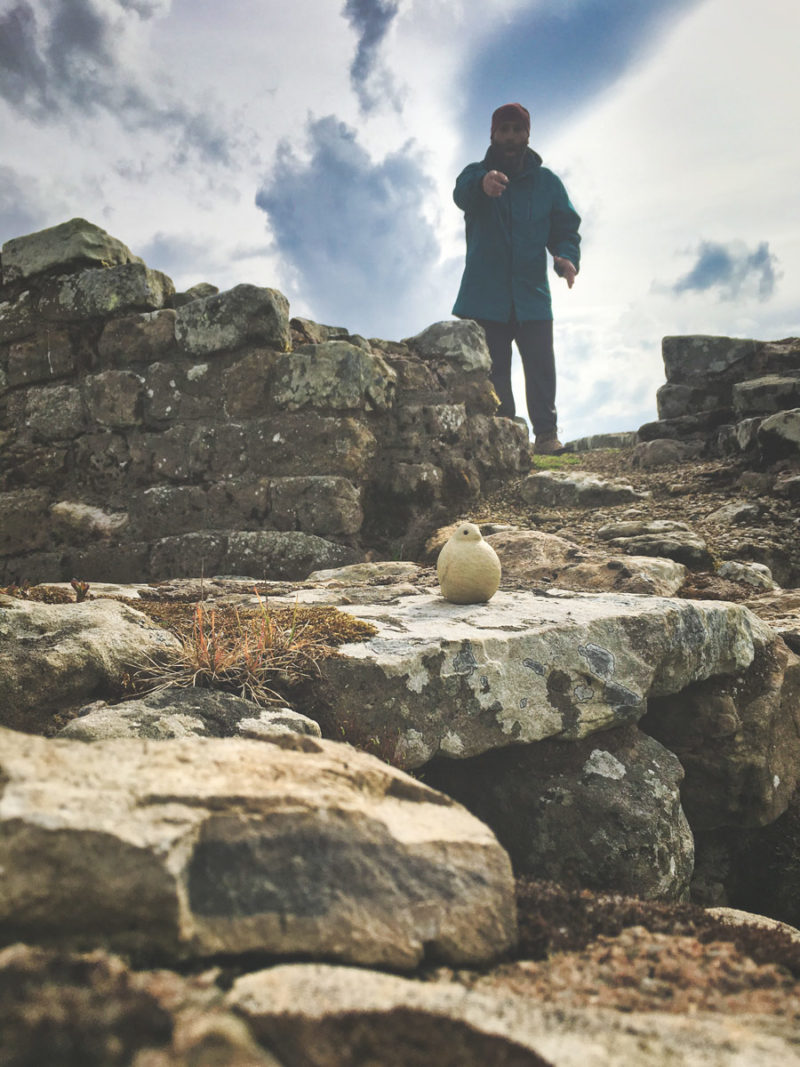 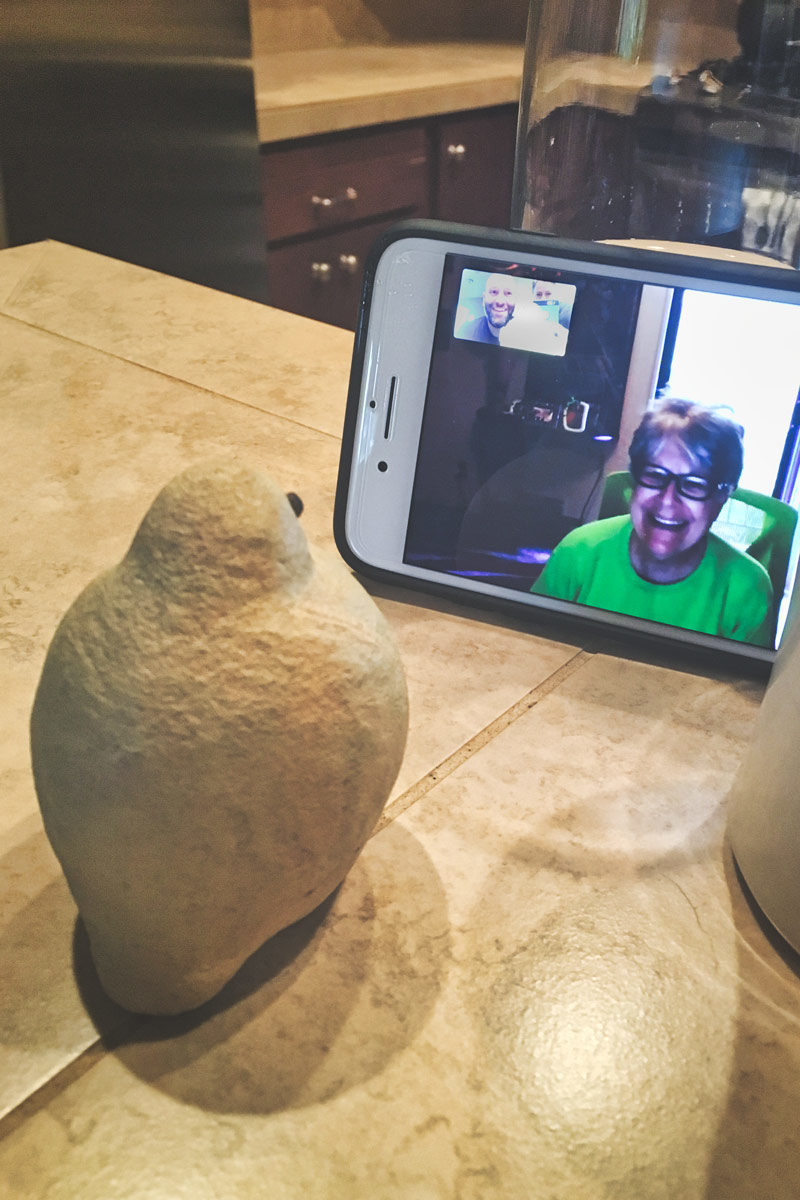 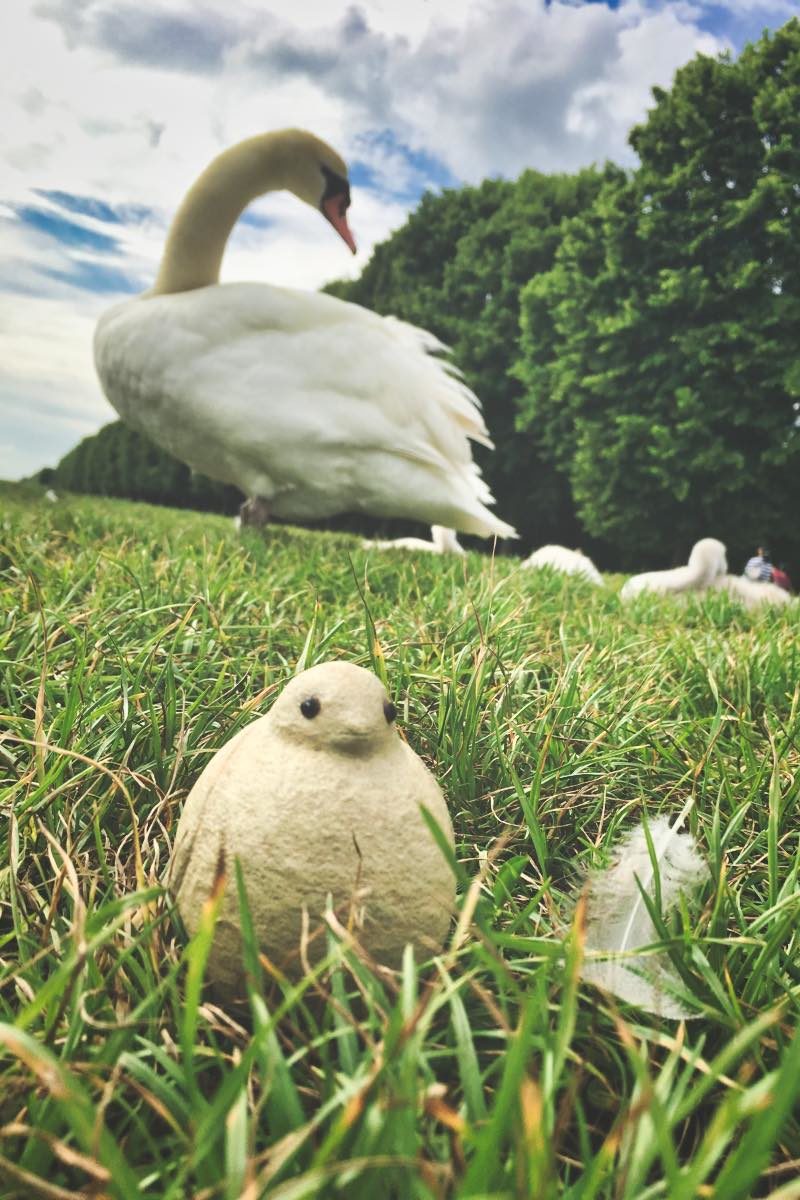 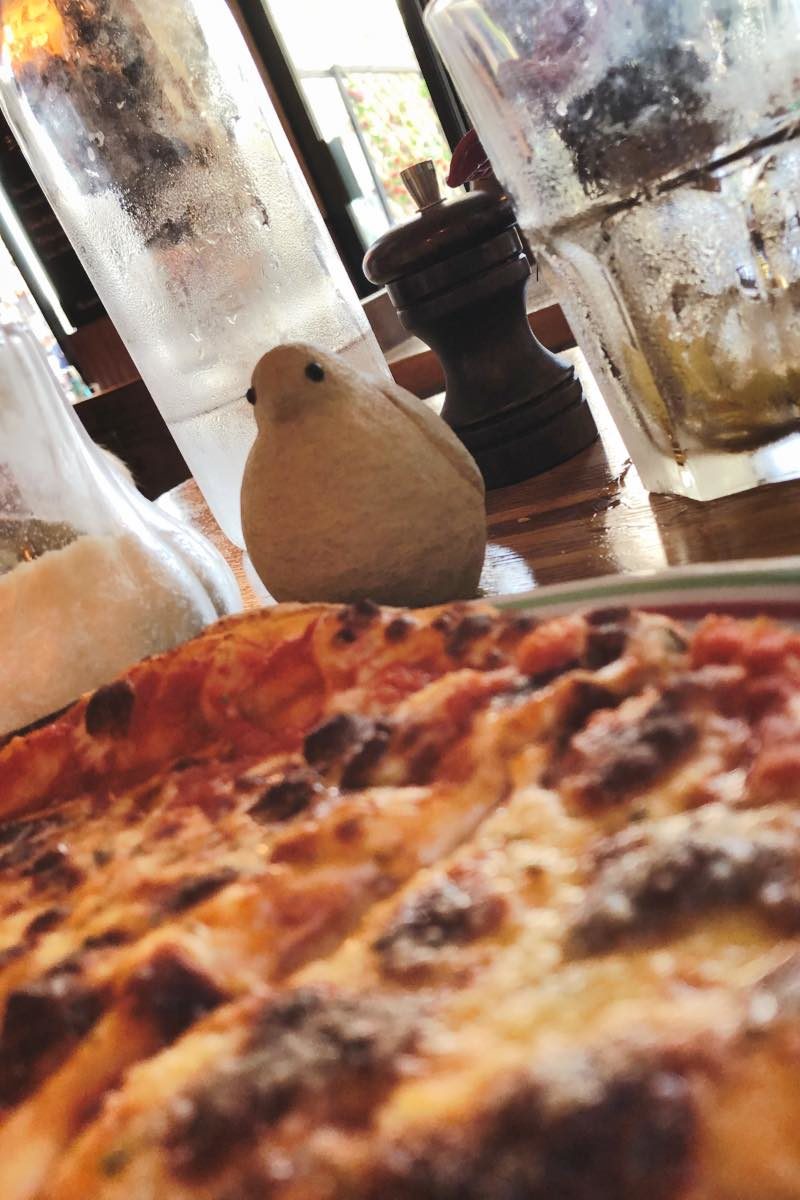