A Boy and his Telescope

Why is my logo a boy with his telescope?

I’ve always loved outer space, science fiction, and the ideas of exploring so much vastness.  I’ve also always loved to read.  Growing up, I often found myself more captivated by a book than most other things.  Exhilarated by my imagination is a place I still prefer to be as often as I can.

When I was young, my parents introduced me to the original COSMOS television show by Dr. Carl Sagan, Ann Druyan, and Steven Soter.  It was like nothing I’d ever seen before.  COSMOS, in combination with my already deep-seated love for all things space and science, led me to ask them for a telescope for my birthday; and not just a small toy store telescope… a real telescope. 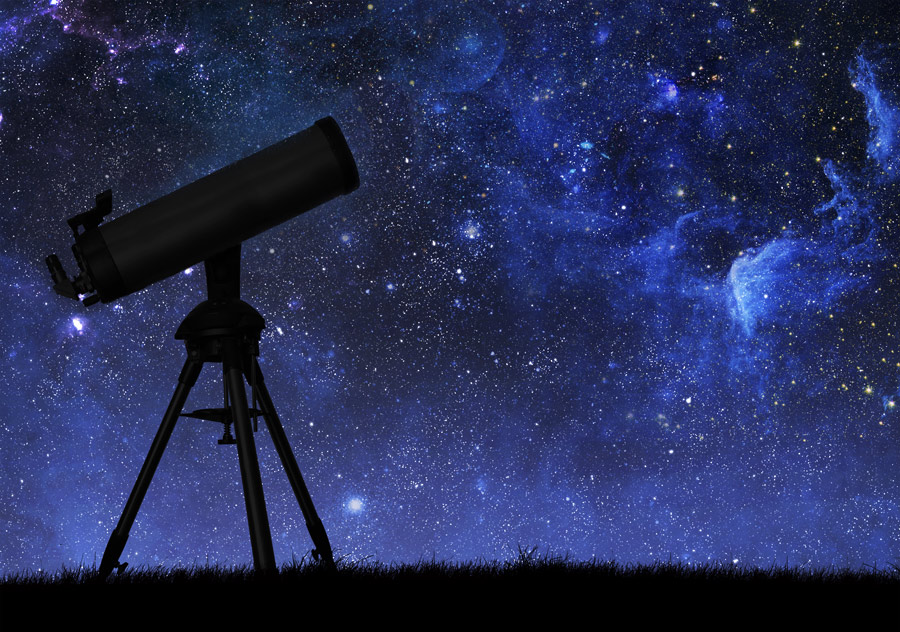 Before they were going to purchase something that expensive they said we should find out if there were any places offering free star viewings.  After all, I was young and the whole thing could turn out to be just a hobby.  We found a very nice local Astronomy group, The Chagrin Valley Astronomical Society, and went to a few of their free viewings.  I was hooked.

Thankfully, growing up in a small town in a rural part of Ohio, there was a real sense of community and people tend to help each other out.  One of the men in the Astronomy group told us that he built custom telescopes in his basement shop and he’d be happy to make one for me for a fair price.  My parents took care of the money part, and a few weeks later… I got my first amazing telescope, the very one you see pictured in my logo.

For the next few years, I took my telescope out frequently and gazed at the stars.  I sketched what I saw through my various lenses.  I kept track of the phases of the moon.  I wondered what lay beyond our solar system.  And more than once, I hoped I’d see a spaceship and it would land and come take us on an amazing adventure.  I even asked my Dad at some point, “If a spaceship landed here and wanted to take us away to see the universe, would you go?”  I’ll never forget the peaceful look on his face and him saying, without delay, “As long as we can go together, in a heartbeat.”  Then we’d talk for a long time about what we’d see and do in outer space, in our spaceship, and on different planets.  We wondered what the aliens would be like.  My parents always encouraged our imaginations.  It’s one of the greatest gifts they ever gave us.

My favorite time with my telescope was in the winter.  The skies were clear and so cold and crisp and everything looked and felt incredible.  Where we lived, you could clearly see the thick band of the Milky Way.  Those nights, I’d carry my big telescope out there by myself.  It was heavy enough that most of the time I had to take it in two pieces and put the big tube on the mount once I got it out there.  I’d bundle up in layers and a snow suit, put on my squishy and super warm 1980’s moon boots, and just before I went outside, my mom would say, “Make sure you’re not out there too long.  It’s cold.”

I’d nod… but we both knew I was going to be out there too long.  And we were both okay with it. 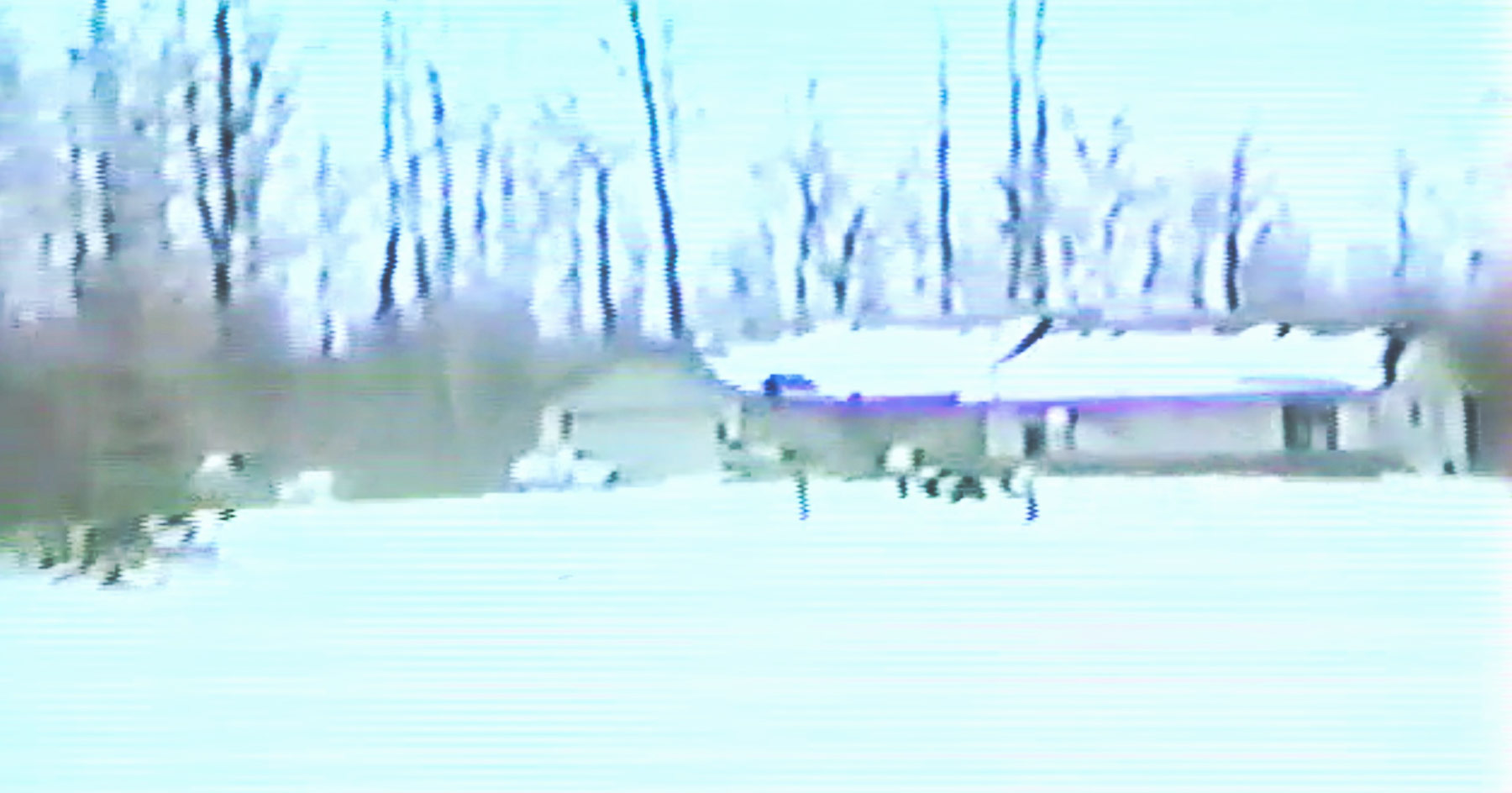 Our old house in Ohio where I would stargaze for many a night.  Picture taken from an old video.

In COSMOS, Carl Sagan wrote, “The Cosmos is rich beyond measure – in elegant facts, in exquisite interrelationships, in the subtle machinery of awe.”

There, in the front yard of that quaint Ohio house, my telescope and I standing on several inches of snow, did we gaze at the universe together and wonder.  For seemingly endless hours, I found a peace unlike anything else I’ve ever known, contemplating those very things Carl Sagan talked about.

When it came time to design a logo for my company, I wanted something that encompassed what I believe in and who I am.  I knew that a boy with his telescope standing in the snow was it.  As I mentioned, the actual telescope in my logo is the very same one that I had as a kid.  It was taken from a photograph and converted into the silhouette.  For me, it represents a true love of awe and discovery, the thrill of exploring even the smallest part of the vastness of the universe.  It’s a thank you to my parents for believing in me, for always supporting my dreams, and for loving me.  It’s a wink and a thank you to Dr. Carl Sagan, Ann Druyan, Steven Soter, Vangelis, and all the people who made COSMOS possible.  Lastly, it’s a thank you to all of the creators of all the fantastic science fiction and fantasy I’ve had the pleasure of enjoying, and all the stuff I have yet to enjoy that hasn’t been created yet but will.

People have asked me if I still have the telescope.  Unfortunately, no.  That’s the sad part.  After high school, (this was before the internet, mobile phones, and texting), I racked up over five hundred dollars in phone calls to my close friend in South Africa.  That would be almost $1,000 by today’s standards.  My fault, not hers.  As you can imagine, my dad was very upset and told me I had to pay for it, which he was, of course, right to do.  Since I hadn’t used my telescope in a while, and it was the only thing I owned of that kind of value, I sold it to one of the high school teachers I knew.  He was happy to buy it for his son, and told me years later that they’d shared many wonderful memories with it.

I found out recently that six months before my dad died, the man who made the telescope for me so many years ago, also passed away.  I wish I’d been able to tell him in person how much his creation meant, and continues to mean to me.  Hopefully he knows.  I was fortunate enough to tell his son, which was nice.

Some people dream of fast cars and fancy clothes, and there’s nothing wrong with that.  But since I was a child, I’ve dreamt of one day owning a large telescope and the house with a small custom-built observatory that it sits in.  One day I hope to achieve that dream, and once again, gaze at the stars on a cold, crisp, clear winter night.

And you can bet I’ll be wearing moon boots.